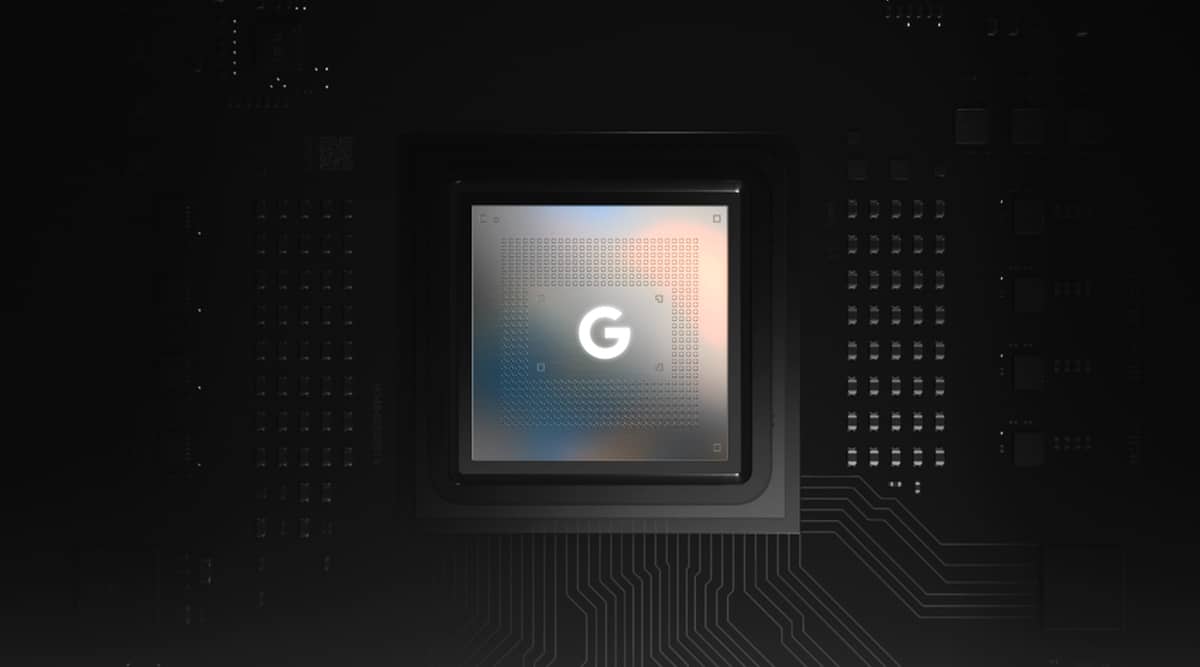 It was a year when some brands took the route of winning new fans and customers in a diverse market like India by offering better deals on their products, while others raced to join exclusive clubs by focusing on silicon as a key differentiator. Some found success by making just the right products for the global market; some over-promised and the end result was not what many expected to be while others simply focused on the tech that is yet to be fully developed but still shipped products ahead of the time. There have been both hits and misses in the tech world in the past year. But the trends emerging this year were the ones that could define the industry, paving the way for next-generation technologies and where the market is headed.

Here are five such trends (in no particular order) that sum up the personal technology space in 2021.

The importance of custom silicon

Google’s flagship Pixel 6 and Pixel 6 Pro smartphones use a Tensor Soc, while the Vivo X70 Pro Plus comes with the Imaging chip V1 that’s designed to improve performance in noise reduction and motion compensation. The common thing between the two big-ticket flagship smartphones of the year is the presence of in-house chips designed to power specific features of the phones. Technically, Vivo’s X70 Pro Plus still uses a Qualcomm-made Snapdragon chipset but there is a clear strategy to speed up the development of in-house chips that power a specific feature of the phone. The end result: Vivo’s custom image processor drastically improves the quality of images taken using the X70 Pro Plus. Both brands have taken a page out of Apple, which has been successful by investing heavily in custom silicon. Last year, Apple ditched Intel for its M-series processors to power its Mac computers, and this year it launched even more powerful M1 Pro and M1 Max chips aimed at Macs with “pro” users in mind.

It is only a matter of time before BBK’s other brands, including Realme, OnePlus and Oppo and Iqoo, start incorporating in-house chips made to improve specific features of the phone. In fact, Oppo recently announced its first in-house NPU chip to boost machine learning-related imaging performance. It is called the MariSilicon X and will feature in the company’s next-generation Find X flagship due for release in the first quarter of next year. Xiaomi is in the race to develop in-house chips too, a sign that designing mobile processors will be a key priority in the long run.

Does that mean Qualcomm and MediaTek have to worry? Probably not. As seen in the case of the Tensor SoC, Google’s first in-house processor still can’t compete with the likes of Qualcomm’s flagship chip or Apple’s A-series in performance. So there is a long road ahead for these smartphone vendors to beat a heavy-weight chip maker like Qualcomm which owns a lot of key technologies that go into developing a modern-day phone including the modem. The iPhone 13, for instance, comes with the Qualcomm-made modem inside, although Apple has reportedly developed its custom-designed 5G modem. Whether it is Apple, Google, or any other brand selling smartphones, the end goal is to own every piece of technology and be less dependent on third-party vendors.

When folded, the Galaxy Z Flip 3 is about half the size of your average modern phone. (Image credit: Anuj Bhatia/Indian Express)

It’s ironic to see that foldables are still not being adopted at the industry level despite Samsung’s best efforts. The launch of the Galaxy Z Fold 3 and Flip 3 are good examples of foldable smartphones but it appears that the industry still sees the foldable phone segment with skepticism. With the collapse of Huawei as the major smartphone force, Samsung remains the only big player investing heavily in the foldable smartphone category. Although Oppo did recently show its foldable phone, the thing is the device is still limited to China. With no international release date in sight, the Oppo Find N is not a global device. Xiaomi’s Mi Mix Fold also saw a limited release in China.

Meanwhile, Motorola’s efforts in the foldable smartphone segment have not been very successful in the market. With Google reportedly cancelling its foldable Pixel phones, Samsung is left as the only big player with a legitimate line of foldable smartphones available globally. Bluetooth trackers are a big mess

Lost-item tracking company Tile got acquired by Life360, Apple’s AirTag is a PR disaster and Samsung’s Bluetooth-enabled item tracker went unnoticed. All this happened in 2021 in a span of a few months.

Out of all these companies, one brand that has been at a loss is Apple. The AirTag was launched to much fanfare at Apple’s Spring event but a few months later the $29 coin-sized item tracker became the but of jokes. The whole proposition beyond the AirTag was if the item gets lost it can be located on a live map inside Apple’s built-in Find my app. Apple made big claims about user privacy with the AirTag but the complete opposite happened. Apple has been rolling out privacy features to make the AirTag a secure and safe device. The company recently released an Android app to sniff out AirTag stackers.

The question that needs to be asked is what made Apple launch AirTag in the first place. It’s not going to be a money-making device from the very beginning; it’s just an accessory for the iPhone, which only expands the Apple ecosystem. Since Tile, the biggest name in the item tracker category, was recently acquired by location-sharing platform Life360 and Samsung’s Galaxy SmartTrack barely visible, Apple remains one of the big players selling the Bluetooth-based item trackers. But these item trackers are less of a convenience and more of a problem. Post the Tile acquisition was announced, a report revealed that Life360 will sell the location data of its 33 million users to “virtually anyone who wants to buy it.” That set off alarm bells for those who purchased a Tile tracker. 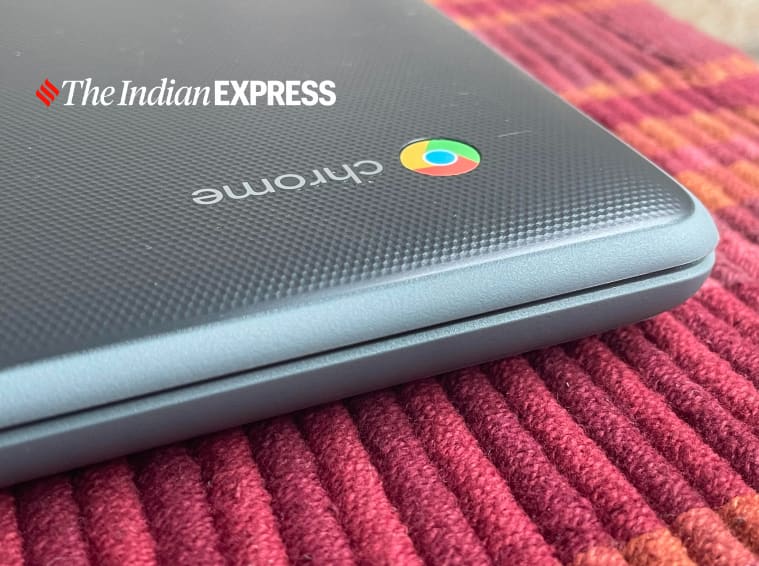 Chromebooks shined all throughout the year at the cost of Windows laptops, especially on the entry-level side. Once seen as a second fiddle to Windows laptops, PC OEMs saw a massive opportunity in markets like India in introducing Chromebooks to first-time users. Although there is no data available as to how popular Chromebooks are in India, the increasing product launches are an acknowledgment of the potential these ChromeOS-based notebooks hold. Google is the biggest beneficiary if Chromebooks do numbers. Over the past few months, thanks to the pandemic and remote work and schooling, Chromebooks, in particular, have proved popular for their lower prices and because they are mostly used at home, where they are always connected to broadband. But the lack of options in the mid-to-high-end means consumers will ultimately choose Windows notebooks over Chromebooks in the long term. The buzz around ‘creator’ notebooks

From Apple, Asus to Dell, every mainstream PC brand now has a dedicated lineup that focuses on professional users, especially those working in creative industries. In fact, the “creator” laptop segment has of late been getting more preference given the money to be made in this segment. The presence of Apple with its renewed focus on professional Mac computers with its recent release of 16 and 14-inch MacBook Pros tells a lot about why Cupertino is interested in computers aimed at creative users working in fields such as graphics design, video editing, and animation. It’s a prestige issue for some brands to have a notebook that caters to professional users. Although niche, these notebooks, designed for creative users, combine many forces in the industry to bring their expertise in the development of a product that’s more powerful than other solutions available on the market. The buzz around ‘creator’ laptops continues to exist in 2022 as well, with more choices available at different price points.