For many, their first foray into mobile gaming was through “endless runners,” though at the time, it wasn’t really classified under a specific genre. Titles like Subway Surfers and Temple Run have been popular for a long time now, and are quite frankly the mainstay in the mobile gaming ecosystem. Their notoriety could be attributed to reasons such as easy to learn controls, addictive nature, ease of coding, and more importantly, they are free to play. So, here’s a list of cool endless runner games on Android, that you might not have heard of before.

Unlike other endless runners, Super Mario Run plays from a 2D side-scrolling perspective, as you take control of Mario and friends to save Princess Peach. Players can hop around to collect coins, dodge incoming enemies, and timely steer their character’s controls while running across the platform-style maps.

Besides the narrative segment, the game also lets you build your own kingdom, tally your kill points against players online, and play through short remixed courses such as plains, caverns, castles, and ghost houses. Super Mario Run also features a special tilt control mechanic, using which you can stall Mario’s descent on slopes.

Crash Bandicoot: On the Run!

Released earlier this year, Crash Bandicoot: On the Run! combines the classic elements of the original PlayStation games to deliver a highly-interactive runner experience. Players take control of the titular character Crash or his sister Coco to save the multiverse from the control of Doctor Neo Cortex. Crash Bandicoot: On the Run! (Screenshot)

As you run across a three-lane map, you can avoid obstacles by jumping or sliding, and spinning through them for added bonus. At the end of each level, it even features a boss fight where you must defeat your enemies using an arsenal of weapons ranging from serums, TNTs, and rayguns.

The concept/premise for this blocky slow-paced runner comes from the age-old joke, “Why did the chicken cross the road?” Following similar mechanics as the classic arcade game, Frogger, your job is to navigate your character through an endless highway full of speeding vehicles. By default, you play as a chicken, but you can choose from hundreds of other characters as well. Depending on your pick, the game changes its surrounding environment and obstacles. Picking an astronaut throws you into space, while playing as a frog gets you hunted by soaring eagles. Crossy Road is free-to-play for the most part, with in-app purchases geared towards character unlocks.

Based on the infamous Level 256 glitch, this timeless classic has you running across an endless maze, collecting dots and power-ups while trying to avoid enemy ghosts. To make things tough, the game also features a chasing glitch at the bottom of the maze, consuming everything in its path. The moment you come into contact with it, it’s game over. The power-ups give you a lot of variety in gameplay such as lasers, tornadoes, and the ability to grow in size, helping you defeat the incoming ghosts. Playing this game on console or PC adds a four-player co-op mode, where the goal is to get as far as possible and then add up the points as a group.

Into the Dead 2: Zombie Survival

Zombie shooter games in first-person are possibly one of the most fun genres out there. Into the Dead 2 takes those elements and creates a runner situation where the player has no choice, but to keep moving forward. Throughout your journey, you will encounter countless hordes of the undead, whom you can avoid by dodging or using one of your weapons to incapacitate them. It also features several challenges, which upon completion grant XP to purchase new weapons, upgrades, and stock up on ammunition. The game also lets you befriend dogs, who offer special perks such as one-time revival and protect you in tough moments.

Alto’s Adventure takes you to the beautiful landscape of alpine hills where you snowboard your way through the wilderness. The game features a one-button mechanic, using which you can leap across terrifying mounds of snow, grind rooftops, and perform skill moves while in midair. You can swap between snowboarders as well to try and come up with new combos and maximise your points. The game’s ever-changing weather and lighting system constantly switch between blizzards, thunderstorms, shooting stars, and more, offering a pleasant experience. The minimalistic art style might seem offputting at first, but we highly recommend that you give this a try.

One of SEGA’s most popular properties, Sonic the Hedgehog is known for its blistering pace and stamina. This 2013 endless runner takes those properties and puts him in a 3D world full of obstacles, epic courses, and 360-degree loops for you to sprint across. Like every other title in the franchise, your objective is to pass through levels, avoid enemies, and collect rings to earn a high score. 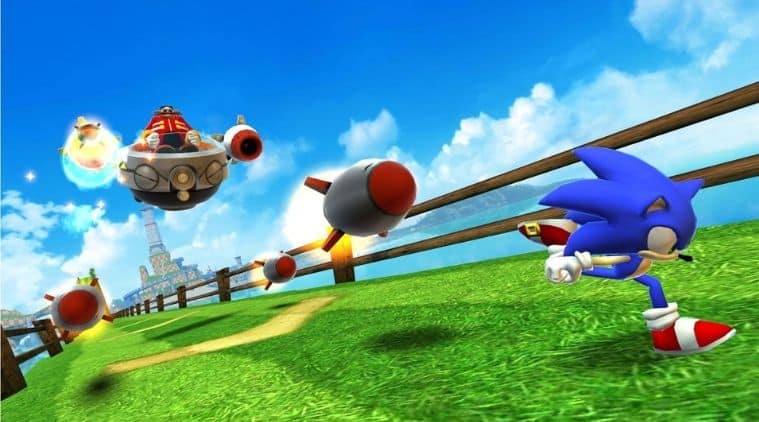 Occasionally, the game also introduces boss fights against Sonic’s biggest rivals, Dr Eggman and Zazz who chuck bombs and missiles that you need to avoid. The fights, however, end on a bad note, thanks to the forced quick-time events that slow down the pacing. Also, if you need to unlock other familiar characters such as Knuckles or Tails, you’ll have to purchase them with real-world currency, which is a bummer.