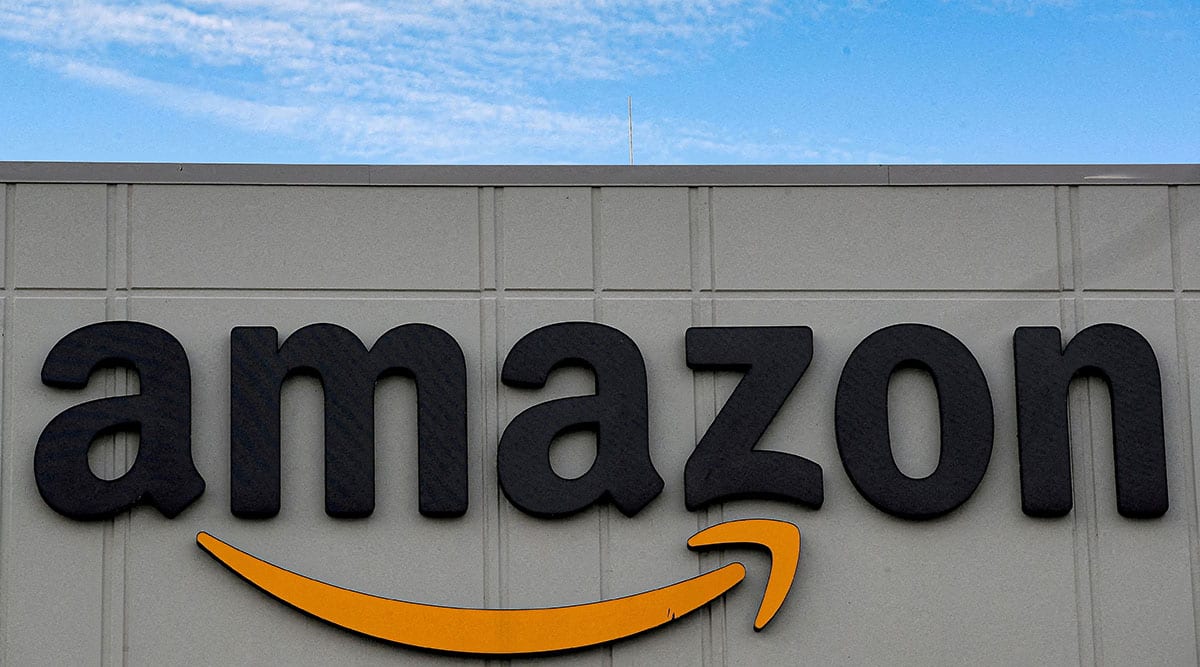 Silicon Valley’s tough times continue with Amazon expected to announce job cuts that could impact close to 10,000 employees. Amazon’s layoffs come after other major tech companies, such as Meta, Twitter, Snap, and Microsoft, have already enforced job cuts. Companies such as Apple have also announced a slowdown in hiring. The biggest technology companies are bracing for troubled times ahead as the Covid-19 induced acceleration and growth has not kept pace. With talks of global recession, technology companies, typically seen as big spenders, are now resorting to cost-cutting.  Here’s a look at all the job cuts and turmoil that big tech companies face.

First reported by the New York Times, Amazon will lay off “approximately 10,000 people in corporate and technology jobs starting as soon as this week.” Amazon’s announcement comes just ahead of the holiday season, with the Black Friday sale coming up next weekend — one of the biggest sale days in the US.

These are expected to be the largest job cuts in the company’s history. Amazon’s retail, devices and human resources department will likely be impacted in a major way. Earlier reports from Bloomberg highlighted how Amazon was cutting costs in a big way. The company had abandoned its home delivery robot Scout, as reported by Bloomberg in October, as part of the cost-cutting measures. The team — believed to be about 400 people — was disbanded and moved to other roles. It has also shut down a new “Amazon Explore,” a virtual shopping feature launched during the pandemic.

It is unclear if the layoffs will be limited to only the US or affect other markets as well. Amazon employs currently 1.5 million people, so the number of job cuts is not as significant a percentage when one considers the total headcount. But after Meta’s 11,000 job cuts, this is certainly one of the biggest numbers reported.  But the job cuts are not surprising, given the weak performance and poor economic outlook. If one looks at Amazon’s third-quarter results, while net sales increased 15 per cent to $127.1 billion, its operating income decreased to $2.5 billion compared to $4.9 billion in the same quarter last year.

In its outlook, Amazon expected growth of 2 to 8 per cent in the fourth quarter, which is well below what analysts and Wall Street expected. “There is obviously a lot happening in the macroeconomic environment, and we’ll balance our investments to be more streamlined without compromising our key long-term, strategic bets,” Andy Jassy, Amazon CEO, had said in a press statement as part of the third-quarter results.

Meta, the parent company of Facebook, announced plans to fire 11,000 employees on November 9. This number reflects approximately 13 per cent of the company’s workforce. Meta CEO Mark Zuckerberg wrote a long post after the sackings and took responsibility for the same. He too blamed the Covid-19-induced acceleration in tech companies, which did not play out as expected.

“Many people predicted this would be a permanent acceleration that would continue even after the pandemic ended. I did too, so I made the decision to significantly increase our investments. Unfortunately, this did not play out the way I expected,” he wrote. Meta has seen a decline in revenue from advertising over the past few quarters. Its revenue in the third quarter stood at $27.71 billion, a decrease of 4% year-over-year, and the company expects this decline to continue. Meta’s net income was down nearly 52 per cent and stood at $43.5 billion. Just one year back, it stood at $91.4 billion.

Meta’s sackings impacted employees across all divisions, including Facebook, Instagram, WhatsApp and its VR division. The company promised to pay 16 weeks of base pay to all impacted employees, plus two additional weeks for every year of service with no cap. Meta also plans to pay employees health insurance benefits and will pay for all Paid Time Off (PTO) remaining. It has also promised to provide three months of career support with an external vendor.

But among those impacted at Meta were several employees from countries such as India and China who work on H1B visas in the US. Meta promised to provide them with “dedicated immigration specialists,” though according to reports by BuzzFeed, for many of the employees, the helpline was not functioning.

The post added that the company plans to hire fewer people next year and will restructure its “business teams more substantially.” However, Zuckerberg also noted in his blog post that he believes the company is “deeply underestimated.” “Our core business is among the most profitable ever built with huge potential ahead. I’m confident that if we work efficiently, we’ll come out stronger and more resilient than ever,” he wrote.

Meta also plans other cost-cutting measures, such as reducing real estate and desk sharing for people who spend more time out of the office.

When Elon Musk acquired Twitter, layoffs were expected. But the manner in which they have been carried out has evoked criticism of the billionaire. First, Musk fired Twitter CEO Parag Agrawal, CFO Ned Segal, and Vijaya Gadde, Twitter’s head of legal, trust and safety. This was followed by mass layoffs on November 4, 2022, with Twitter employees being sent an email that informed them of the upcoming job cuts. Employees were also told to return home if they were on their way to the office. Musk fired half of the company’s workforce, around 3700 employees. Then on November 14, Platformer reported that Twitter had eliminated around 4400 of its 5,500 contract employees. In India, nearly the entire team was sacked.

But it wasn’t all smooth with the layoffs.  Some reports said that after the initial round of firings, some workers were reportedly asked to come back, as they were essential to certain operations and could apparently work on the projects Musk wanted to do.

It also appears that more senior executives quit after his chaotic takeover. Lea Kissner, who was Twitter’s chief information security officer, resigned along with Damien Kieran, the chief privacy officer, and Marianne Fogarty, chief compliance officer. These resignations sparked fears about how Twitter would comply with the US Federal Trade Commission (FTC) regulations, and also sparked concerns about user safety. Yoel Roth, Twitter’s head of trust and safety, also reportedly quit the company, even though he appeared to be one of the executives Musk publicly supported. Twitter’s head of advertising, Robin Wheeler, had also resigned, but then Musk convinced her to stay on.

Elon Musk also ended remote work at Twitter and asked employees to be present at least 40 hours per week. He reportedly said in a meeting that if those who could come to the office and did not turn up, their resignation would be accepted. He also ended free food at Twitter’s headquarters, and then debated with a former employee how much it actually cost the company. Most recently, he fired engineers after being called out by them on the platform. He also warned that the company faced possible bankruptcy and that, “the road ahead is arduous and will require intense work to succeed.”

Snap laid off 20 per cent of its workforce.

Snap lays off 20 per cent of employees

Snap– Snapchat’s parent company– was one of the first social media companies to announce layoffs. It cut around 20 per cent of its workforce in August this year. The total headcount at Snap was around 6,400 before the layoffs. Departments such as mini-apps and games, and employees at the social mapping Zenly, were impacted by the layoffs.

Snap has seen a decline in advertising revenue as well, CEO Evan Spiegel wrote, “While we will continue our work to re-accelerate revenue growth, we must ensure Snap’s long-term success in any environment. I am deeply sorry that these changes are necessary to ensure the long-term success of our business.”

However, Spiegel had commented in a meeting after the layoffs that it was a chance to show off the haters, which had not gone well with employees. The company has also let go of its offices in San Francisco.

While Intel has not yet announced job cuts, a Bloomberg report said the company will let go of nearly 20 per cent of its staff. Intel has not yet confirmed the number. The PC market continues to decline, which has led to the decision. Intel’s Habana Labs laid off around 10 per cent of the workforce, or 100 people, in October.

Intel CEO Pat Gelsinger has already said there “will be an intensified focus to reduce costs and drive efficiency in everything we do,” when he announced the company’s third-quarter results. He added in the public statement, “In aggregate, our efforts should drive $3 billion in annual savings in the near-term and $8 billion to $10 billion by the end of 2025.” This will mean substantial job cuts at the company.

Intel CFO Dave Zinsner also spoke of high levels of “macroeconomic uncertainty,” in the comments, and said, “that the current challenging market environment will extend well into 2023, with the potential for a global recession.” Intel will look at aggressive cost-cutting across sales and operating expenses.

A report by Axios said Microsoft laid off nearly 1000 employees across roles in different parts of the world. The company later confirmed the job cuts to media outlets and said its revenue is expected to slow down.

While Apple has not announced any job cuts, it has slowed down hiring, another indicator that not everything is well. In a new CBS interview, Apple CEO Tim Cook was quoted as saying the company was not hiring “everywhere in the company,” and was being “very deliberate” on its hiring process.

“We believe strongly in investing for the long-term. And we don’t believe you can save your way to prosperity. We think you invest your way to it,” he was quoted as saying.

Apple in its reports had already noted that the supply of the iPhone 14 Pro and Pro Max will be affected, as China has again imposed lockdowns due to a new Covid-19 wave. This is especially bad news, given it comes ahead of the critical holiday quarter, when Apple typically witnesses the maximum sales for its products.

Google has discussed possible job cuts in internal meetings, according to various reports. But it is also aggressively looking at cost-cutting measures as revenue from advertising falls. Google is famous for giving employees benefits and perks, such as free meals, etc. In July this year, Google CEO Sundar Pichai wrote an email to employees stating that the company needs to be “more entrepreneurial working with greater urgency, sharper focus, and more hunger than we’ve shown on sunnier days.” The email also mentioned how Google would slow down on hiring. The company has also slashed travel budgets for employees.

In September, Pichai had an all-hand meeting with employees at the company, which was tense as he was questioned about the budget cuts. According to CNBC, Pichai said, “The fact that you know, we are being a bit more responsible through one of the toughest macroeconomic conditions underway in the past decade, I think it’s important that as a company, we pull together to get through moments like this.”

Companies such as Stripe, Salesforce, Lyft, Booking.com, iRobot, and Peloton among others have also announced job cuts. Stripe, a financial services company, sacked 14 per cent of its staff. In India, companies such as Byju’s, Unacademy, and others have also sacked several employees. Byju’s laid off 2500 staffers and is one of India’s most valued startups.