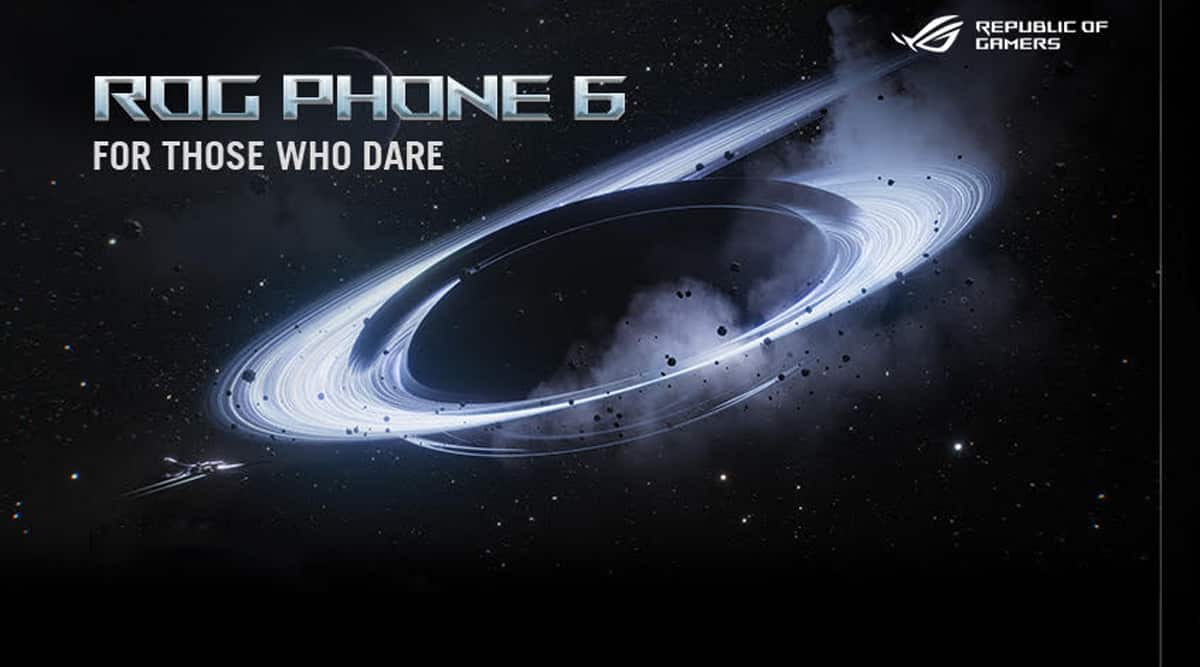 Asus will launch the ROG Phone 6 and ROG Phone 6 Pro smartphpones at its “For those who dare” virtual event which will start streaming from 5.20 PM on July 5. You can watch the event live as it happens on the YouTube stream below.

It could come with a 6,000mAh battery with support for 65W fast charging. The ROG Phone 6 could feature two USB Type-C charging ports to charge the phone: one on the bottom of the device and one on the side of the device so that it can easily be charged even in landscape mode.

The ROG Phone 6 would probably come with the same angular gamer-centric design language that has been the signature of its predecessors. Renders leaked by Evan Blass of 91Mobiles show a hexagonal camera island and gamer aesthetic graphics on the back of the phone. Additionally, it also seems to have a secondary display on the back panel.

The AeroActive Cooler for the ROG Phone 6 shown in the renders look a little bulkier than its predecessor and looks like it has two additional buttons. The renders also show a “Devilcase Guardian Lite Plus” case for the device with cutouts for the camera island, rear display and air triggers (which act as shoulder buttons while playing games).