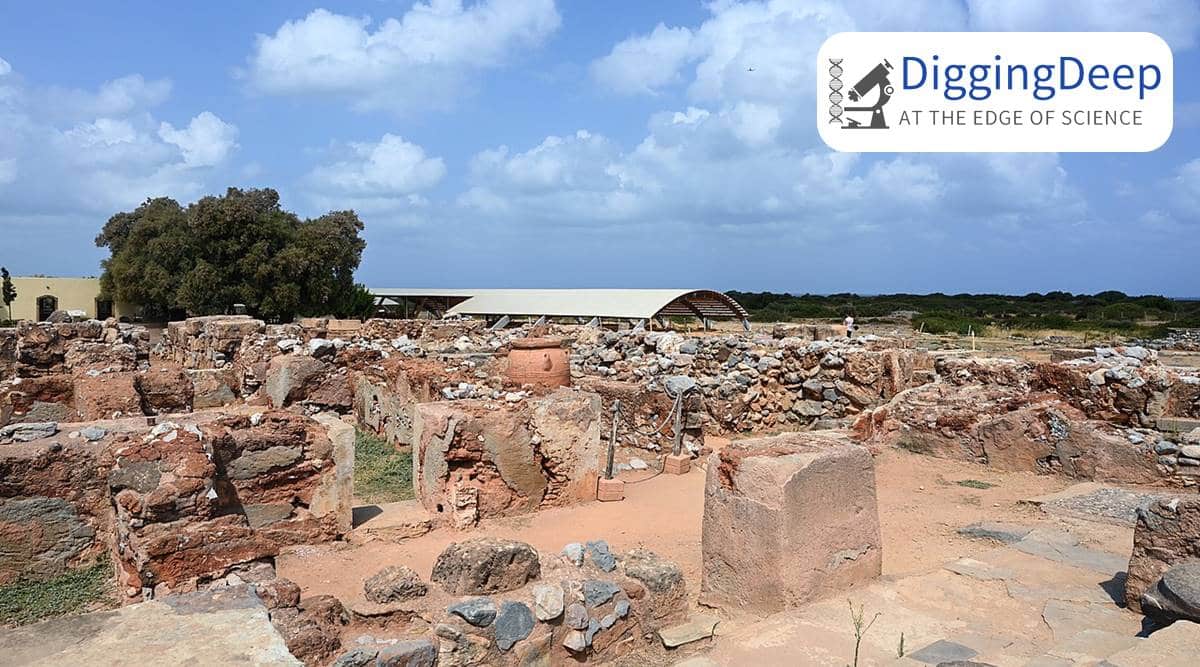 Archaeological records present an excellent opportunity to study how human societies responded to climate change in the past, says a review paper that appeared recently in PNAS journal.

Pleased to present our new article “The archaeology of climate change: the case for cultural diversity”, recently published in @PNASNews by Ariane Burke, @CDWren, @FSR_Pausata, @julien_rs, @Solene_Boisard, myself, and others. https://t.co/lKcpzXBRck

The last 50 years or so have witnessed tremendous developments in the realm of climate modelling, which provides a backdrop to the natural archives that archaeologists, ecologists and earth scientists study.

A classic example of that is a project called MIS3 that applied climate models to the archaeological repositories and climate archives (in the form of pollens, ice cores, fossils etc.) from 25000-29000 years ago to understand why the Neanderthals went extinct during the Ice Age and why only the Homo sapiens survived.

But earlier corroborations between the archaeological and/or fossil records and climate models did present some major problems. For example, earth scientists or archaeologists have little way of control over the natural record. Certain environments, like acidic soil, are not at all conducive to preservation, which makes the natural archive sparse and patchy.

Much of these obstacles have been overcome in the recent past, with archaeologists employing remote sensing extensively to examine anthropogenic impacts to the landscape, or advances in radiogenic isotope dating techniques, or even the use of stable oxygen and carbon isotopes in biological remains.

Furthermore, the development in sampling techniques for sediment cores and speleothems have given us past records of temperature, precipitation, sea ice records with a high temporal resolution, albeit at a regional if not global scale.

Indeed, both scientists working on direct assessments of past climate change using natural archives (pollen, molluscs, plant remains, fossilised bones; also known as proxies) and climate modellers stand to gain from each other.

While modellers benefit from the data yielded by these proxies, helping them develop better models, archaeologists and earth scientists, in turn, rely on high-resolution models to get a context to the climate shifts they see in the archaeological record.

However, despite the ability of archaeology to contribute to climate science, for much of the twentieth century, many archaeologists did not approve of archaeology’s engagement with human-environment relationships.

Even today, though there have been technical advances and though more regions of the world continue to be explored by archaeologists and earth scientists, palaeoclimate proxies with a high temporal resolution are few and far between.

Oftentimes, data from one region is extrapolated to others. For instance, as plenty of records are available for the Mediterranean region of Europe, but not so much for the loess regions of Northern Europe, the former has been projected on much larger regions than from which they were sourced.

A similar challenge is also presented by ice cores. The study points out that it is unclear whether polar ice core records can be good baseline data for, let’s say, people living at mid-latitudes. Archaeological data, therefore, the authors highlight, could fill a major gap here as it targets regional-scale data across human settlements globally.

In 1993, a study on a third-millennium rain-fed agricultural settlement in north Mesopotamia – what are today the Habur Plains of Syria – employed archaeological and pedo-sedimentological (soil sediments) data and concluded that the site and nearby areas were abandoned due to an increase in aridity.

So, what does the ‘archaeology of climate change,’ as the authors call it, tell us?

Environmental stress often compels societies to reorganise themselves in different ways in different regions, highlighting the importance of cultural diversity.

In South-West Asia, for instance, the transition to settled agriculture did not happen at the same time during the Last Glacial/Interglacial cycle. There was considerable economic and cultural experimentation, and the lack of a homogenous response to climate change made the society more resilient.

Similarly, archaeological studies have shown how farming systems in the Southern Hemisphere adapted to El Nino events that are hard to predict.

The forefathers of today’s Cree people (an indigenous people from North America) “showed a clear preference for topographically stable locations, where the impacts of landscape transformations due to climate change were lessened.”

However, in Arctic regions, patterns of sea ice formation are unpredictable. This topographical uncertainty makes it difficult for Inuit people to fall back on pre-decided ‘ancestral tracks’.

A key takeaway from the study is that human societies navigate through climate change differently, and not every society is successful, let alone equally successful.

Archaeological investigations into past human-environment interactions help in identifying the “social and ecological tipping points” that compel societies to reorganise themselves in different ways.

Arian Burke, the lead author of the study, says in an interview: “One of the things we’re learning is how important cultural diversity is – both in the past and in the present – for the long-term survival of our species.”