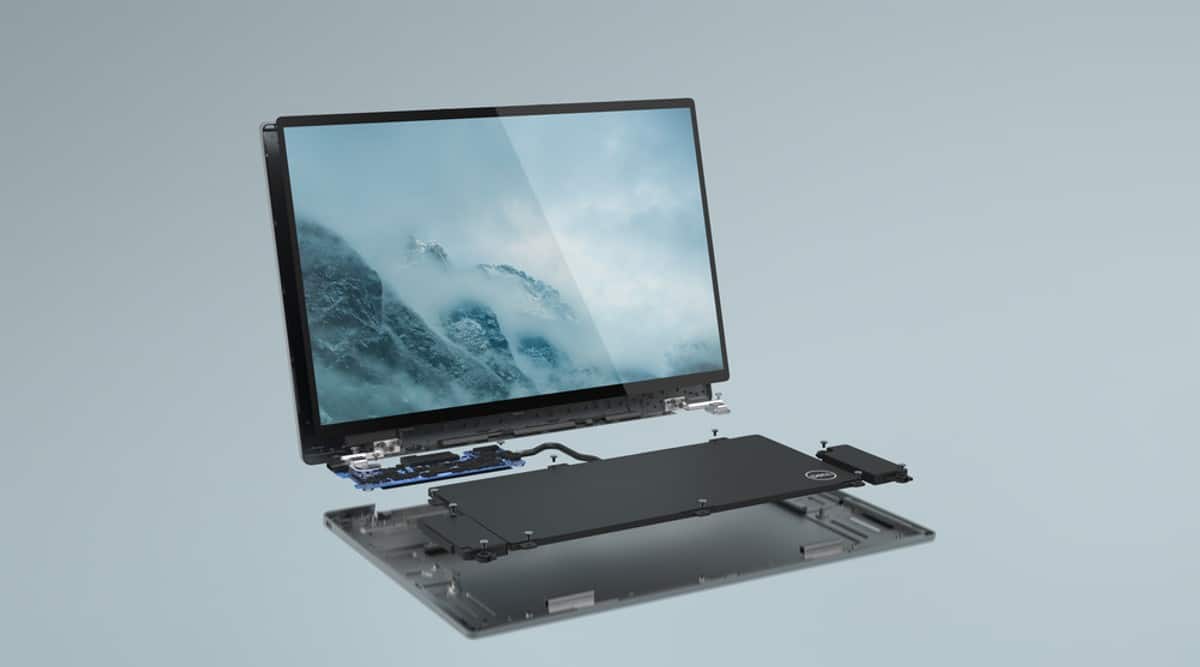 Dell announced a new design concept earlier this week called Concept Luna. The Luna is not an average laptop, but rather one that focuses on some aspects that brands usually don’t look at like the repairability and carbon footprint of the machine. This translates to a machine that is easy to take apart, repair and leaves behind a smaller dent on climate change.

The proof-of-concept laptop by Dell will be designed in a way such that users will not require glue solvents, for instance, to take out the keyboard and replace it. Users will also not need screwdrivers to open up the laptop. Components like the display panel will simply pop out after some easily removable keystones are taken out.

There is also no fan in the concept design, with the motherboard now placed on the top cover in a smaller form, allowing it to cool itself.

The laptop currently exists only as a prototype, or multiple prototype versions, but Dell does have a design to show off ahead of the first commercially available laptop of its kind, which is still far away.

Dell also says the design of the Concept Luna will feature ten times fewer screws than on the Dell Latitude 7300 AE, which will be a great step moving forward in this direction. As per a report by The Verge, the company has already begun using more common types of screws like Philips head screws on its existing laptops like the Dell XPS 13 and 15. This makes the laptops easier to repair.

The Concept Luna will also be produced with Aluminium that is smelted using hydropower energy and the company claims the new motherboard’s carbon footprint will be 50 per cent smaller. Finally, modular components could also allow the laptop to be more upgradeable than most normal laptops today.