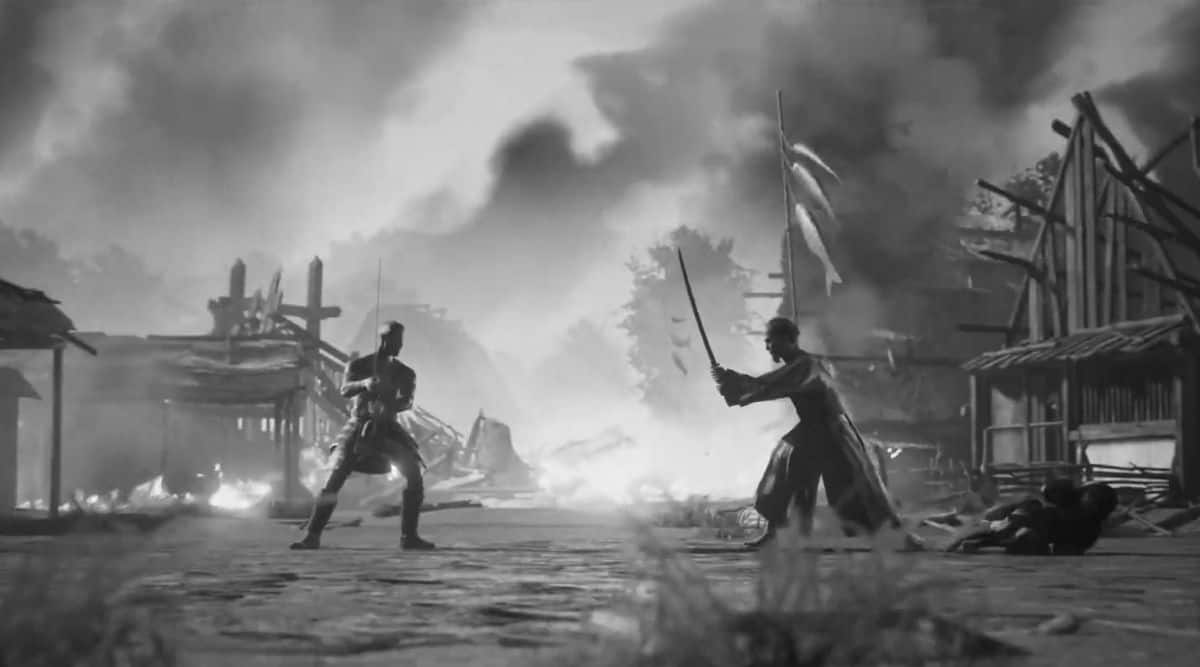 Devolver Digital has finally released a gameplay trailer for their much-anticipated samurai action title – Trek to Yomi. First showcased in June this year, the game gained its initial hype due to its stunning black and white presentation and cinematic perspective.

The monochromatic trailer instantly evokes a sense of Akira Kurosawa films, thanks to its widescreen aspect ratio and ancient sound design that lacks clarity. Featuring a 2.5D visual style, the plot revolves around a lone samurai, Hiroki, who swears by an oath to protect his town and the people he loves against all threats. There is a revenge angle to it as well, where, as a child, we witnessed our Master get murdered right before us.

The combat mainly consists of swordfights, where we can freely slice through enemies or take part in classic samurai standoffs. But the execution isn’t as easy as spamming a button. To win these battles, players will be required to train their patience and timing, so they can use the enemy’s momentum against them and land a killing blow. Other weapons include the bow and arrow, spears, guns, and hand cannons.

Besides the standard archers and spearmen from the feudal period, Trek to Yomi also seems to introduce some supernatural entities that could be based on classic Japanese folktales. “Players will face off against myriad enemies across beautiful and terrifying lands, including spearmen, archers, riflemen and even beings believed to be nothing more than folk tales,” reads the press release. While traversing through the world, players will also encounter shrines, using which they can save progress.

Trek to Yomi is scheduled to launch sometime in 2022 on the PlayStation 5, Xbox Series X|S, Xbox One, Xbox Game Pass, and Windows PC via Steam.