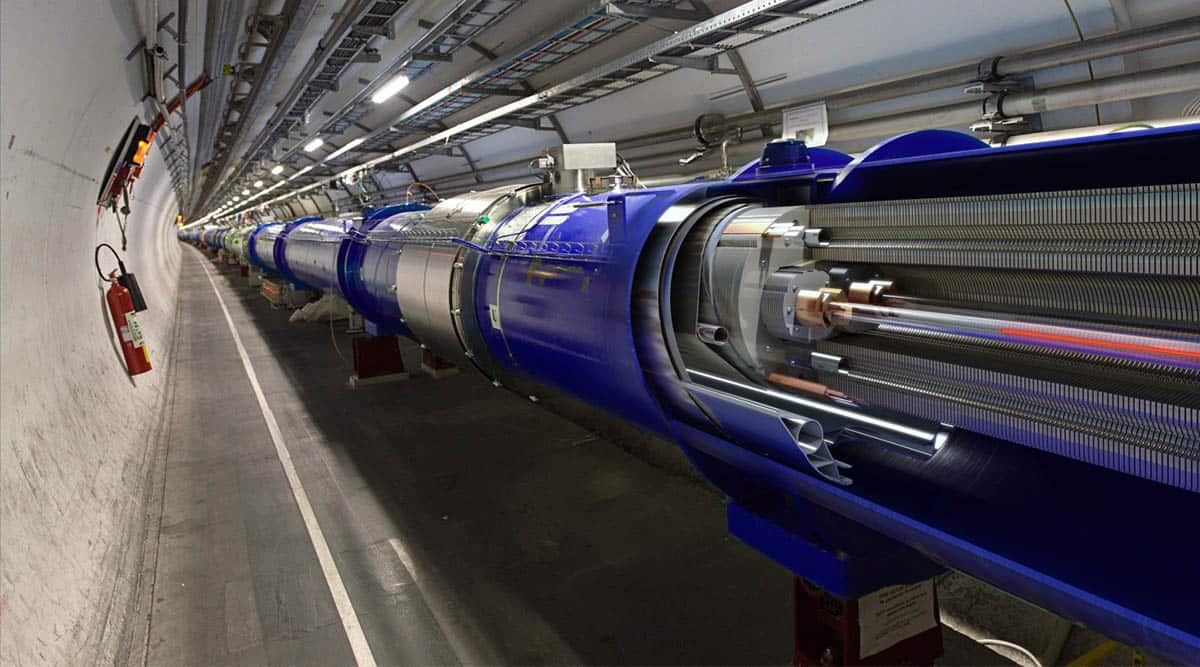 The Large Hadron Collider (LHC), the biggest and most complex machine ever built by mankind, began operations again in April this year after nearly three years of maintenance and upgrades. After the particle accelerator began smashing together particles at an unprecedented energy level, CERN (the European Organisation for Nuclear Research) announced that the LHC has helped find three previously never-before-seen particles: a new kind of “pentaquark” and a pair of “tetraquarks,” which have never been observed before.

Nicola Neri, a senior member of the LHCb (LHC beauty) experiment spoke to indianexpress.com about the new discovery, the future of particle accelerators and why scientists are hoping that the next discovery from the LHC will break down the standard model, a model of particle physics that seems to accommodate all the discoveries made by LHC so far. Here is an edited version of the interview.

Q: What is this new pentaquark and the pair of tetraquarks?

We discovered some exotic particles, which means they don’t exist naturally and are not ordinary matter. Quarks are fundamental particles and they combine together to form hadrons like baryons with three quarks and mesons with a quark and anti-quark. These are particles that we study and we know their properties very well.

The newly-discovered pentaquark is illustrated here as a pair of standard hadrons loosely bound in a molecule-like structure. It is made up of a down quark, a strange quark, a charm quark and a charm anti-quark. (Image credit: CERN)

But exotics are different and they are made differently. In the case of the newly-discovered pentaquark, it is still a baryon but with the three quarks, it has an extra pair consisting of a quark and an anti-quark. The two tetraquarks are within the family of mesons but instead of having pairs of quarks and anti-quarks, it has two pairs of quarks. These states were predicted in the nominal quark model introduced in the sixties but these states were not found until now.

Q: How do you detect these particles when they have such a short life span?

Their lifetime is very short. They are produced and they decay almost immediately. The technique we use is the reconstruction of the decay process. The exotic particles decay into more stable particles that move within the tracking volume of our detectors. When they do that, they interact with the magnetic field we have within the detector and they release energy. We can detect this energy signal to calculate their position and trajectory, thereby helping us reconstruct the decay process and understand what exotic particles they came from.

Q: What is the importance of the discovery of these particles?

This is very intriguing from a particle physics theory perspective. We currently do not know what is the mechanism that binds the quarks in these states together. That is why there is a lot of interest. We know that these particles exist, we can detect them, and we can measure their properties, but we really don’t know how these particles are bound together.

Q: What is your plan of action to learn more about the binding mechanism of these particles?

This is quite a unique time for us since we have updated and upgraded our detector. The improved capabilities will make it easier to use the data generated by the detector to reconstruct this case. We also have a new trigger strategy, which means that we will be more efficient in reconstructing this case with more precision. We will do more measurements and there could be more discoveries in the coming years, to lead us to a better understanding.

Q: What theories do you think could help understand the binding properties of the particles?

We have built models based on this theory and we are trying to assess the models based on more incoming data. One interesting model is that these are units made out of strongly-bound quarks and there is some evidence to support it. There is another theory that these are multiple hadrons weakly bound together.

Q: All the new discoveries made by the LHC seemingly fit well into the standard model, but scientists are looking forward to making discoveries that do not fit into it. Why is that the case when you have a model that seems to explain so many phenomena in particle physics so well?

We have a model for describing the interactions between these fundamental particles, yes. Everything seems to be consistent. However, we know that there is some evidence from other fields in particle physics that we cannot explain using the standard model. It cannot explain some of the results we observe. For example, we do not have an explanation for dark matter or dark energy. Some mixing of neutrinos. We don’t understand all this. So there are many phenomena that we observe without any explanation yet.

We already know that there must be something that the standard model does not predict because we have indirect evidence of it. We cannot formulate a theory if we do not know what basic mechanism is responsible for those effects. That is why we are looking for something beyond this model. If we do discover something like that, it would be a change of paradigm. It would be a revolution in the field.

That is why everyone wants to look for a signal that goes beyond the standard model. That would mean that we need to rewrite part of the physics that we know. For example, we know that there are four fundamental forces: the strong, weak, electromagnetic and gravitational forces. There could be a fifth force that we do not know of yet. This example is just to give you an idea but that is why there is a strong excitement for something that breaks the rules of the standard model.