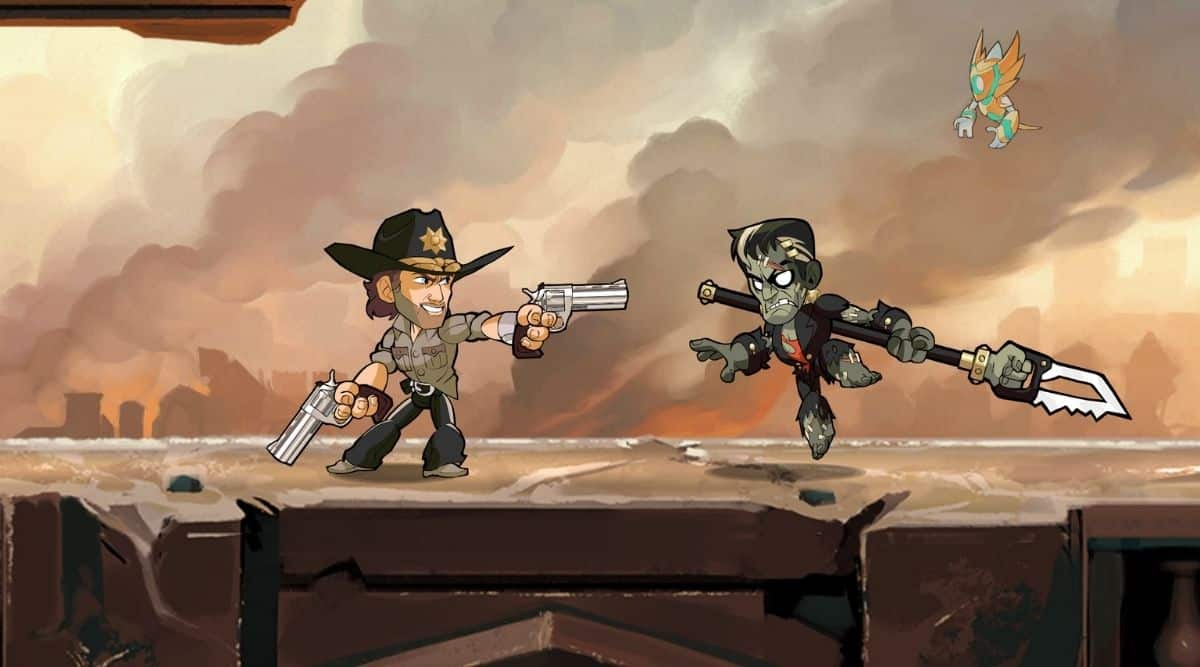 The best part about fighting games is that they are easy to learn, but hard to master. Anyone can pick it up and if lucky enough, can button mash their way to victory. Fighters tend to be among the most optimised titles across multiple platforms, housing the most advanced netcode and low latency to cater to online tournaments.

Some of them are designed so well, that there is negligible difference in graphics or mechanics between the console/PC and phone versions. So, here is a list of great fighting games that you can play on Android and iOS devices.

Being the poster boy for fighting games, Capcom’s Street Fighter IV maintains the classic blend of polygons and pixel art to deliver a nostalgic experience. Players can pick between 32 familiar world warriors ranging from Ryu, Chun-Li, Akuma, Guile and more, to go head-to-head against others via online multiplayer.

It also features the classic arcade mode at 4 difficulty levels and similar controls to the original machines, inviting longtime fans as well. At launch, the game was a bit broken, but the developers have worked on it since and have even added controller support. Though, they only work during fights and are not ideal for menu navigation.

Featuring a 2D hand-drawn animation style, Skullgirls is packed with high-octane combat and a full RPG progression system. Players can form a team of up to 3 fighters and head into online multiplayer matches to learn dazzling combos, level them up, and unlock special moves that can be upgraded and equipped for upcoming matches. It also features an “infinite combo detection” system, where if the opponent is repeatedly spamming a particular moveset, you can break free by hitting any button. The game also comes with a fully-voiced story mode that follows several fighters and their journey to claim an ancient artefact – Skull Heart.

Injustice: Gods Among Us and Injustice 2

Based on DC Comics’ iconic Injustice series of graphic novels, this title(s) has players building their roster of superheroes and villains to face others in 3v3 online battles. Thanks to its RPG system, you have complete control over your characters’ movesets, customisable gear and costumes, and a level up feature. The graphics hold up pretty well, and it comes included with a story mode that follows an alternate timeline where Superman turns into a mad tyrant. Its sequel, Injustice 2 takes the story further and introduces a Raid mode where players can team up with friends to defeat bosses.

The most brutal fighting game of them all, Mortal Kombat delivers some truly stunning graphics that complement its trademark “Fatalities.” It is visceral, does not hold back, and features blood and body horror in all its glory. The gameplay here is similar to the Injustice games, where you collect and build up your roster from over 130 iconic characters such as Scorpion, Sub-Zero, Johnny Cage, and more to fight in 3v3 matches. It also features weekly challenges, which upon completion grant new fighters. The game is tailored for players aged 17 and above, and does not feature an offline story mode.

For those of you who don’t own a Nintendo Switch, Brawlhalla is a great replacement for Super Smash Bros. In this 2D platform fighter, the goal is to knock opponents off stage by any means, using a wide range of characters. A single match can contain up to 8 local or online players and comes with cross-play support for PC, current and next-gen consoles, Nintendo Switch, and mobile devices. Besides mindless fighting, it includes a range of modes from Capture the Flag, Bombsketball, Brawlball and other fun party games. The game is free across all platforms and even features a rank-based match system for different modes (1v1, 2v2, etc).

YouTube has brought forth a lot of boxing fanatics over the past couple of years. In Real Boxing 2, players can challenge elite champions from around the world to score a knockout in a variety of modes such as fight nights, single-player arcade, and online multiplayer. 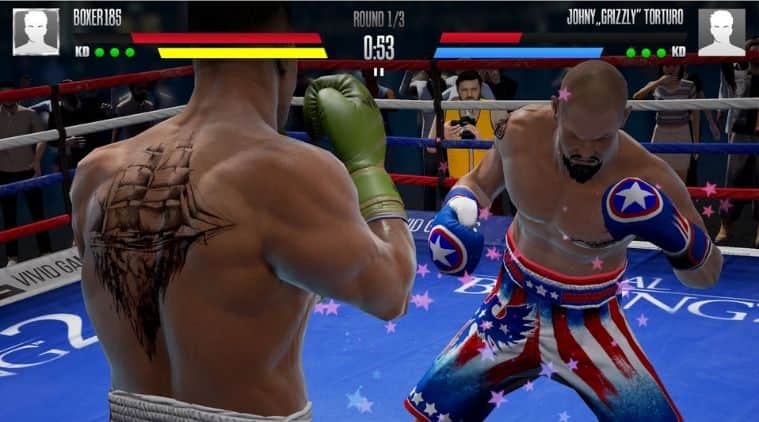 Much like a real boxer, the game’s mechanics force you to learn and master jabs, hooks and uppercuts, and combine them with Special Punches and Focus abilities. It also features a story mode, where you create your own fighter – height, weight, body mass, the works, and rise to glory.

UFC Mobile drops you into the Octagon and lets you play as real mixed martial arts (MMA) fighters from their 70-character roster. Through in-game live events, players can relive iconic real-world bouts to earn exclusive rewards and can even pick their favourite fighter(s) to build their UFC career and legacy. Fighters are distributed in different divisions based on their weight classes, allowing you to try out and master each of them – replay value. Sadly, the game does not feature online multiplayer, though an internet connection is required at all times – “Classic EA.”