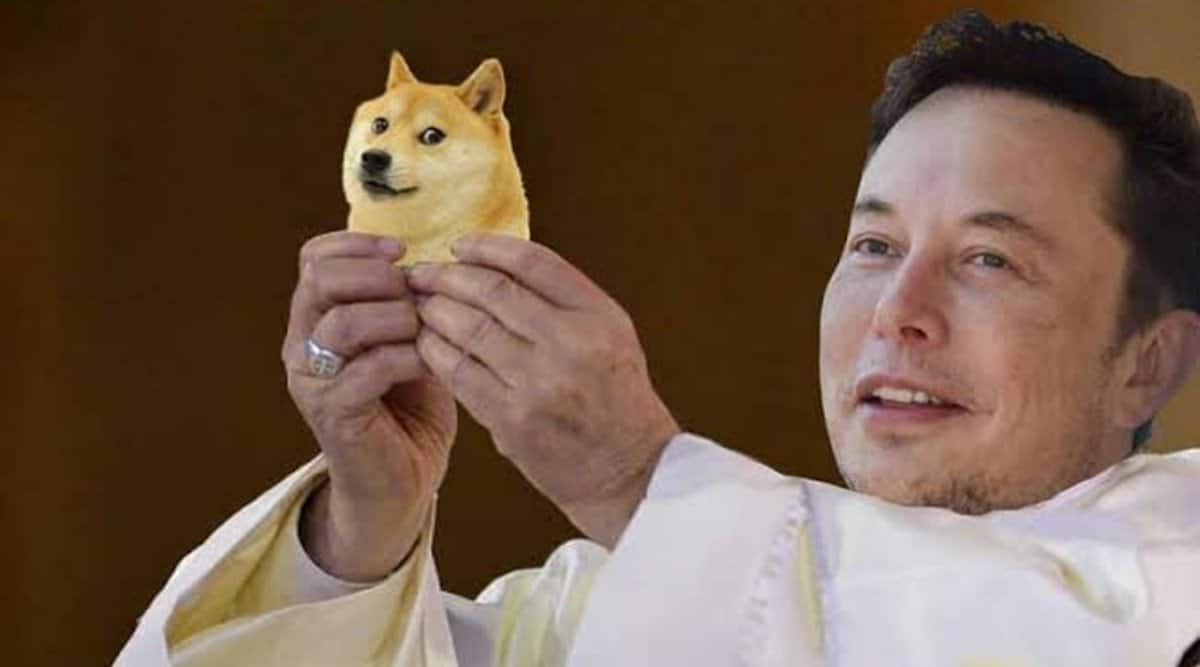 Billionaire and Tesla CEO Elon Musk believes that cryptocurrency Dogecoin is better for transactions as compared to Bitcoin.

Dogecoin was created in 2013 by software engineers Billy Markus and Jackson Palmer as a faster but “fun” alternative to Bitcoin. It was started as a satire on the numerous fraud crypto coins that had sprung up at the time, and takes its name and logo from a Shiba Inu meme that was viral several years ago.

According to Coindesk, the transaction fee, or “gas fee” of the Dogecoin remains largely low, hovering around an average of $0.65 (Rs 50 approx.) per transaction, while a single transaction on Bitcoin blockchain can cost more than $15 (Rs 1,149 approx.).

This development comes as Musk announced on Tuesday that electric carmaker Tesla will accept Dogecoin for merchandise on a test basis.“Tesla will make some merch buyable with Doge and see how it goes,” he said in a tweet.

Tesla sells merchandise such as apparel, belt buckle, mini models of its vehicles, quad bike ‘Cyberquad’ for kids and ‘Cyberwhistle’ modeled after its much-awaited Cybertruck.

According to Reuters, Dogecoin jumped 24 percent to $0.195 following the news.

The Tesla CEO is a staunch supporter of Dogecoin. This became clear after a recent Twitter spat between Musk and Binance CEO Changpeng Zhao. The billionaire investor and founder of SpaceX raised concerns on behalf of Dogecoin holders regarding the recent DOGE problem at cryptocurrency exchange Binance. The issue resulted in numerous erroneous dogecoin transactions with some users reporting that their accounts were frozen.

Musk asked Zhao (CZ), “What’s going on with your Doge customers?” adding that, it “Sounds shady.”

Meanwhile, Musk had also endorsed Dogecoin, over Ethereum saying that DOGE can be used to make Decentralised Finance (DeFi) more accessible to everyone. DeFi systems, is a blockchain-based form of finance that does not rely on financial intermediaries such as brokerages, exchanges, or any banks to offer services. Such platforms allow users to keep custody of their Ethereum-based crypto assets.