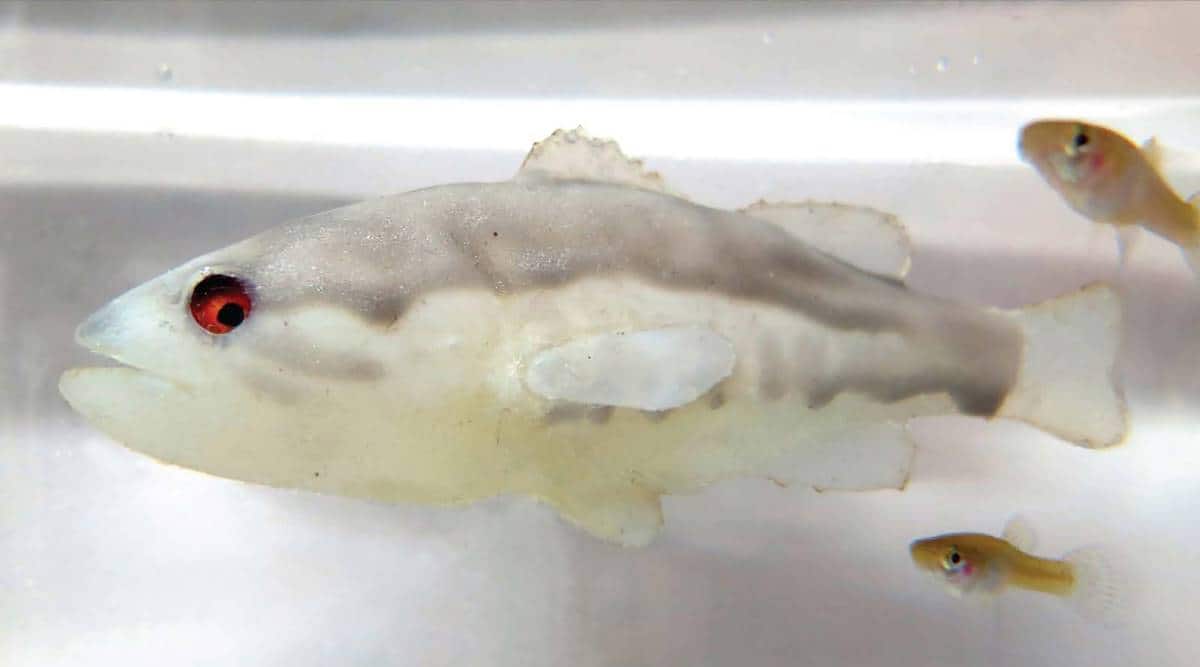 The mosquitofish is not a fussy creature: It can live in filthy bodies of water and has an undiscerning appetite. Larvae? Other fishes’ eggs? Detritus? Delicious. Often, the voracious few-inch creature chomps off the tails of freshwater fish and tadpoles, leaving them to die.

But the invasive fish is threatening some native populations in Australia and other regions, and for decades scientists have been trying to figure out how to control it, without damaging the surrounding ecosystem.

Now, the mosquitofish may have finally met its match: a menacing fish-shaped robot.

It’s “their worst nightmare,” said Giovanni Polverino, a behavioral ecologist at the University of Western Australia and lead author of a paper published Thursday in iScience, in which scientists designed a simulacrum of the fish’s natural predator, the largemouth bass, to strike at the mosquitofish, scaring it away from its prey.

The robot not only freaked the mosquitofish out but scarred them with such lasting anxiety that their reproduction rates dropped — evidence that could have long-term implications for the species’ viability, according to the paper.

“You don’t need to kill them,” Polverino said. Instead, he said, “we can basically inject fear into the system, and the fear kills them slowly.”

Mosquitofish, native to North America, are named for their penchant for eating mosquito larvae. In the 1920s, the fish began to be introduced across the world, with the intention of controlling the population of that insect, a vector for malaria.

In some places, including parts of Russia (where they erected a monument to the fish), the campaign may have had some success, although this is debated.

But in other parts of the world, the aggressive fish — free from its natural predator — flourished unchecked. In 2000, the International Union for Conservation of Nature classified the marine animal among the worst invasive species in the world.

We exploit the unparalleled control offered by bioinspired robots to interact in #Realtime with mixed groups of animals, behaving as a predator toward invasive mosquito🐟 & sheltering native species pic.twitter.com/z74IDZ792J

In Australia, where the study was conducted, the mosquitofish preys on several native fish and frog species, including the red-finned blue eye and the Edgbaston goby, two of the most critically endangered fish species in Australia.

“They thrive because they eat pretty much everything that moves, and there’s more than enough to be eaten,” said Francesco Santi, a biologist based in Vicenza, Italy, who was not involved in the study and has studied the mosquitofish’s diet. He added: “I have no idea of any place where they have actually been able to eradicate them.”

For the study, Polverino and colleagues designed a mechanical predator in the shape of a largemouth bass. The robot fish used a camera to differentiate between its “prey,” the mosquitofish, and the tadpoles of the Australian motorbike frog, which the mosquitofish hunts.

After experimenting on 12 separate groups of fish and tadpoles over several weeks, the researchers found that the stressed mosquitofish were investing more energy on evading the robot than reproducing: The males’ sperm counts dropped, and the females began to produce lighter eggs. The fish also lost weight; the males’ bodies in particular became leaner and more adept for escaping.

“It was not only that they were scared,” Polverino said. “But they also got unhealthy.”

The experiment is not the first time scientists have created robotic impersonators to more closely study the behavior of animals.

In Britain, scientists used a robotic falcon to “attack” a flock of homing pigeons and observe the birds’ response. In Germany, researchers built a bee that directed other bees to a food source by doing a “waggle dance.” In California, a biologist made a sage grouse “fembot” from a taxidermied bird, to understand the threatened species’ mating habits.

In the case of the mechanical largemouth bass, however, scientists say there is a long way to go before the robot could be released into the wild.

“It’s an important proof of concept,” said Peter Klimley, a marine biologist and a recently retired professor from the University of California, Davis, who was not involved in the study.

But he questioned the feasibility of introducing the creature into a real-world environment.

“This study won’t be a solution to the problem,” Polverino said, adding that the next phase of their project would involve testing the robots in a larger, outdoor, freshwater pool.

He said the robot should be thought of as a tool that can reveal a pest’s weaknesses.

“We’ve built a sort of vulnerability profile” that could help biologists and others to re-imagine how to control invasive species, Polverino said.

“This fear,” he added, “has a collateral effect.”