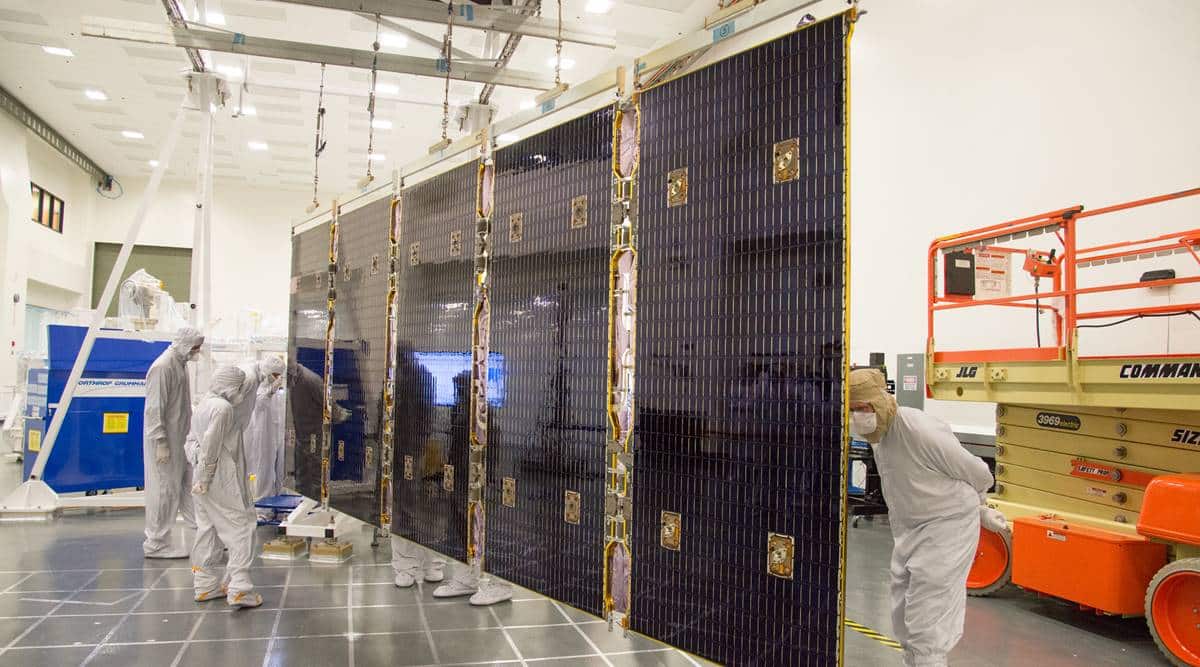 What is the powerhouse of the James Webb Space Telescope?

The mission carries a battery and a six-metre solar array. The battery used is Lithium-ion and a little bigger than our car batteries.

About 30 minutes after launch, the solar array is deployed. The array is made up of five panels that are folded up and stowed in the launch vehicle. They are the first things to be deployed and this process is one of the most critical steps. The telescope will go off of the battery power and start generating its own power using the panels – sunlight to electricity.

If there are some issues with the deployment, we have more than seven hours of battery power and in this window, we can figure out the problem. We can also start turning things off and try to save power if needed.

Webb requires only 1 kilowatt of power every day but the solar array is capable of generating 2 kilowatts.

The solar array has a requirement of six years, but I am sure we have plenty of margin to meet a goal of about ten and half years.

How advanced is the power system compared to the previous space telescope?

Hubble was launched over 30 years ago and the technology has advanced so much since then. The solar panels do have newer technology but not the latest as the mission has been in the making for so many years.

#NASAWebb will help us answer questions raised by Hubble discoveries. Webb can see further back in time & capture a larger selection of young galaxies closer to the big bang.

They are much more efficient compared to the ones found in homes/offices called the terrestrial Solar panels. The space solar panels can reach up to around 27 to 30% efficiency, while the commercial ones have less than 20%.

Also, the James Webb Space Telescope does not see any eclipse, so the solar panels can generate power at all times.

What is your role during the launch next week?

My team works with the power system. So our goal is to make sure that the power is good when we launch and the solar array deploys and starts functioning.

If it deploys correctly and we have good power in 30 to 40 minutes, then we don’t have much to do after that. So I think the first 30 minutes after launch is crucial for us. And I’m hoping that after that my team can get a good night’s sleep.