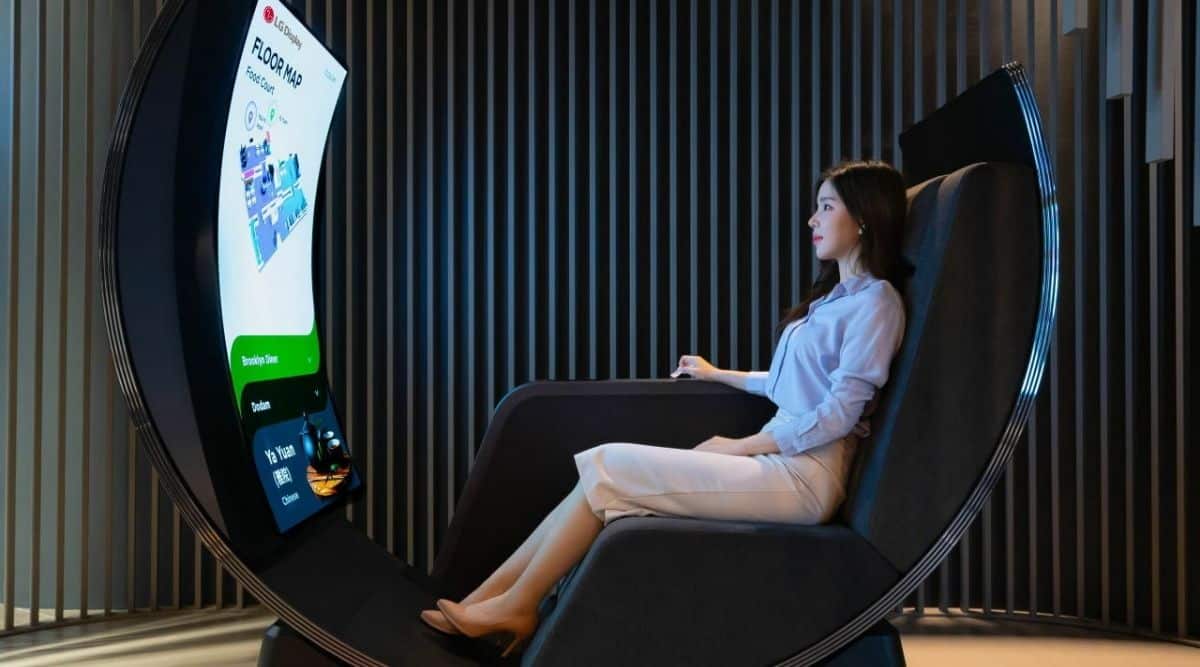 LG Display has announced two flexible OLED concept products to be showcased at CES 2022, next month. Dubbed the ‘Media Chair’ and ‘Virtual Ride,’ the company aims to highlight the “strong potential and wide versatility of OLED to create new markets.”

The Media Chair is essentially a relaxation pod of sorts, which attaches a 55-inch OLED TV to a comfortable recliner. The screen boasts an optimum 1500R curvature angle and makes use of LG’s in-built sound technology – Cinematic Sound OLED (CSO). Here, the display vibrates on its own to produce audio without relying on speakers. The chair’s armrest has pivot functions as well, allowing the screen to be rotated horizontally or vertically for scrolling through social media or the web.

In a statement with The Verge, spokesperson Matthew Weigand claimed that the recliner is just a concept piece for now and that LG Display is working with a Korean massage chair company to bring it to market in the future.

The Virtual Ride is an indoor stationary bicycle aimed at taking home exercise to an immersive level. At the front and above, you get three vertical 55-inch OLED displays, connected on top of each other, emulating a virtual bike ride. The panel at the top is bent to create a ceiling and has a curvature radius of 500R, illustrating its superior flexibility. 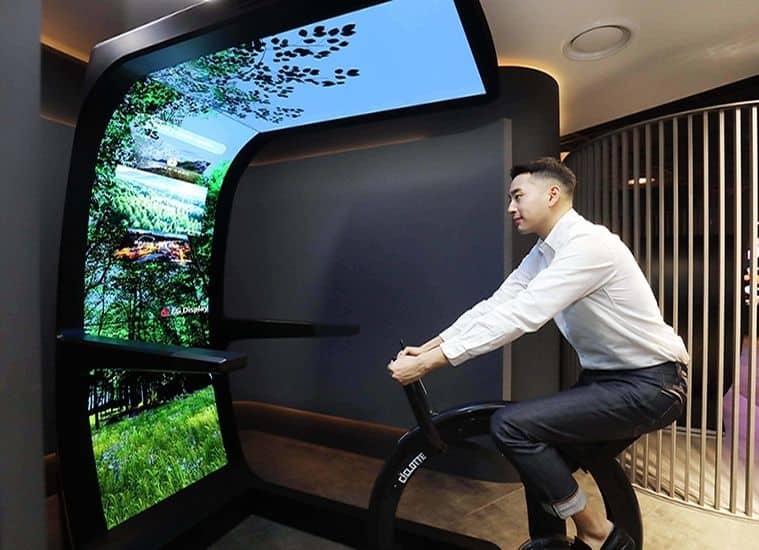 “The OLED displays provide unparalleled lifelike colours with their vivid picture quality to make you really feel like you are cycling outside in a forest or down the street of a European village,” reads the press release.

LG has been experimenting with a lot of bendable and flexible displays over the past year. The company had announced a rollable display phone in January, and continues to integrate the concept into various areas. Further updates on these products will be revealed in greater detail on January 4 at CES 2022.