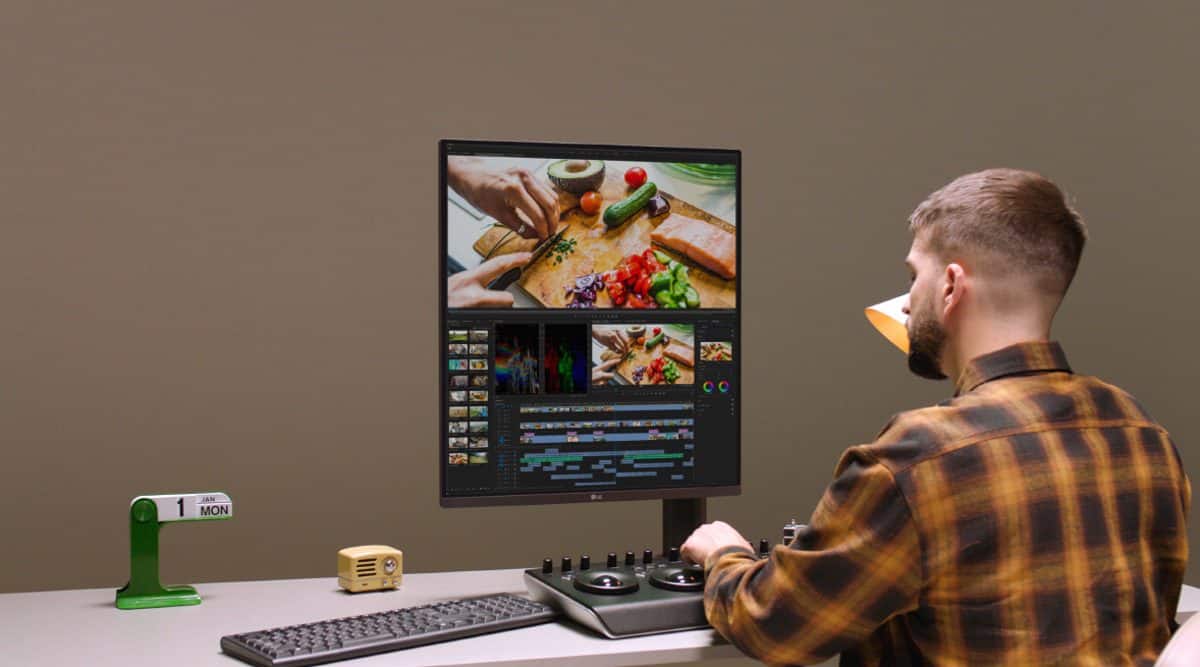 LG has announced two new monitors and the first of the two isn’t just just big, but big enough to be mistaken for two vertically stacked monitors. Meet the LG DuaIUp, a 16:18 monitor that doubles the vertical aspect ratio to help with multitasking and lets you open two full windows stacked vertically.

The monitor actually resembles a vertical dual monitor setup when seen from afar, minus the bezel in between. As LG puts it, the monitor offers “the same screen real estate as two 21.5-inch displays and has a vertical split view function that lets users see more in one glance.”

Apart from its looks, there is a 2560×2880 resolution here that diagonally measures to 27.6-inches. The monitor setup is made complete by a bundled Ergo stand that allows the whole thing to be clamped to desks. There is also 300 nits of brightness and the display panel covers 98 per cent of the DCI-P3 colour gamut. There is a 1000:1 contrast ratio.

LG also claims the dual-height advantage could save your neck from swinging left to right and back, and that actually makes sense.

With the ability to stack two full windows vertically, the LG DualUp negates the need to have a horizontal dual-monitor setup and keep swinging between the two screens. Instead you will now have to only move your head up and down slightly, which is significantly easier to do when you may have to repeat the motion for hours at a time.

The Monitor could especially shines with its ability to deal with programs like Photoshop, Premiere Pro and After Effects, with all that on-screen real estate giving you plenty of room to customise your workspace and get your projects done more efficiently with less time spent scrolling and zooming.

LG has also launched another 32-inch monitor, although this one opts for a standard 16:9 aspect ratio. The 4K 32-inch UltraFine display comes with a “Nano IPS Black panel” and the brand says this will help it produce “realistic and nuanced black tones.”

It is the more compact monitor of the two, and is also brighter with a peak brightness of 400 nits. With a contrast ratio of 2000:1, the monitor also includes a self-calibration sensor that ensures users see accurate colour tones when editing photos and videos.

LG did not reveal everything about the two monitors, and more details are set to be revealed at CES 2022, which is set to begin on January 5 2022. However, LG did reveal that both the monitors will feature two HDMI ports, one upstream USB-C port and two downstream USB-C ports. The ports are not Thunderbolt ports but will charge external devices at up to 96W via USB power delivery.