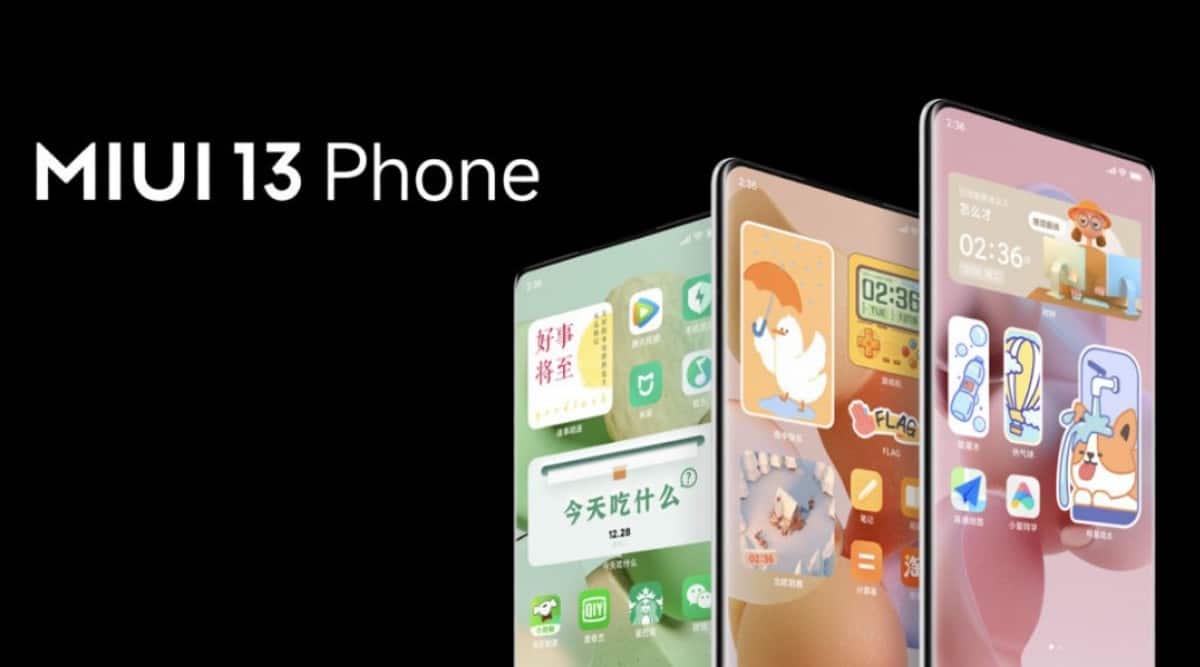 Xiaomi launched the newest iteration of its popular custom MIUI skin called MIUI 13 based on Android 12. The new update succeeds MIUI 12.5 and brings a number of new features to the platform, including cosmetic changes and also some really useful tools.

Here are all the new features in MIUI 13 explained.

Xiaomi claims MIUI 13 brings better performance with it and adds that the update with provide 15 per cent fewer dropped frames in third-party applications, compared MIUI 12.5. The brand’s own apps will also run much smoother with MIUI 13’s tuning and optimisations.

The brand also added that MIUI 13 is better optimised for multi-tasking compared to older MIUI versions and will now let users have up to 14 apps open in the background on flagship phones, while the number of apps you can keep open on other devices is expected to have gone up as well.

Xiaomi mentioned an added emphasis on privacy with MIUI 13. The new skin will bring features like face verification protection, privacy watermark, and fraud protection. The privacy watermark feature, for instance, will let users share pictures of their IDs and other sensitive documents along with a watermark which will prevent misuse of the same.

MIUI 13 will also include a new MiSans font across the system. The new font is flat and relatively minimal. It also supports opentype features like auto-adjusting the height of hyphens to match uppercase and lowercase letters.

Xiaomi has also thrown in new live wallpapers with MIUI 13, something we have been seeing on every new MIUI version in recent years. This year, the new wallpapers include a few crystal wallpapers that Xiaomi claims were created using a polarisation microscope via 8K timelapse photography.

A plethora of new widgets have also been added to MIUI 13, which will allow users more ways to customise their homescreen to their liking.

MIUI 13 Pad was also announced alongside the regular version of the software, and as the name suggests, the new software is optimised for Xiaomi’s tablets. The skin makes better use of the larger screens on these devices while adding features like shortcuts to quickly switch between windowed and fullscreen modes, a Windows 11-like taskbar along with drop-support for quick multi-tasking.

Xiaomi also added that the new skin will support a multitude of keyboard shortcuts to enhance productivity when you connect an external keyboard.

When will your phone get MIUI 13?

Xiaomi is expected to bring MIUI 13 to the first batch of selected phones by the end of January 2022. The first of the devices to get the update will be the Xiaomi 12, Xiaomi 12 Pro, and the Xiaomi 12X, followed by older flagships and other phones.

The first batch of global devices include the following.

Details on the update coming to more devices in subsequent batches is not out yet, but should be made public soon.