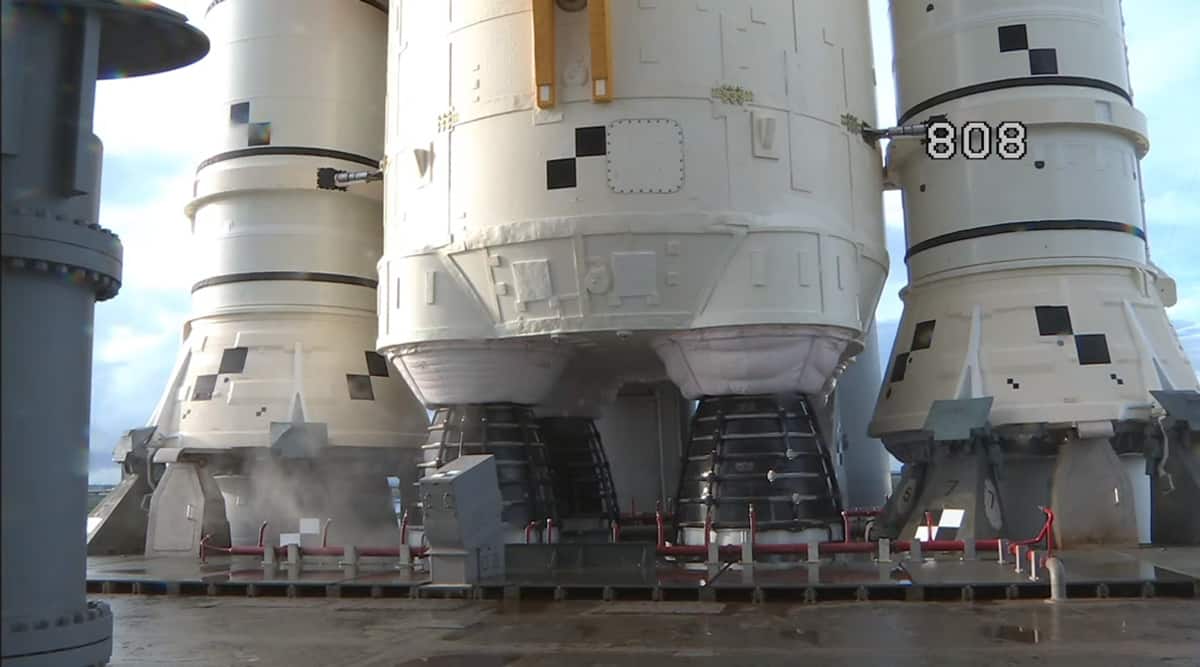 NASA has postponed the launch of the Artemis 1 mission as one of the Space Launch System (SLS) rocket’s four RS-25 engines malfunctioned during the tanking stages. The four liquid-propelled engines were supposed to be bled with liquid hydrogen and oxygen to condition them ahead of launch but team engineers noticed that engine number 3 was not bleeding as expected. The next available launch window is on Friday, September 2. But NASA hasn’t yet confirmed whether it will make another attempt on that day.

Initially, the team proposed a plan where they would close the pre-valves on engines 1, 2 and 4 to increase pressure and let the tank vent through the third engine. But even after going through with this troubleshooting, the teams did not observe the engine bleed they were looking for on engine number 3. At this point, NASA had put the countdown clock on hold at T-minus 40 minutes as the hydrogen team came up with new potential troubleshooting options they could discuss with the director.

Eventually, no solution was found and the launch window had to be abandoned. But that was not the only issue that the team faced.

‘Crack in the tank’

NASA spokesperson Derron Nail added that there has been a history of such a phenomenon going back to the space shuttle days.

When the Artemis launch team was transitioning from “slow filling” to “fast filling” hydrogen, they saw an increase in the amount of hydrogen that was allowed to leak into the purge can, which exceeded 4 per cent. Responding to this. The team looked at all the data and slowed down the filling of hydrogen until the leak went down to below the maximum acceptable levels. The issue did not reoccur even after the team resumed fast filling the tank.