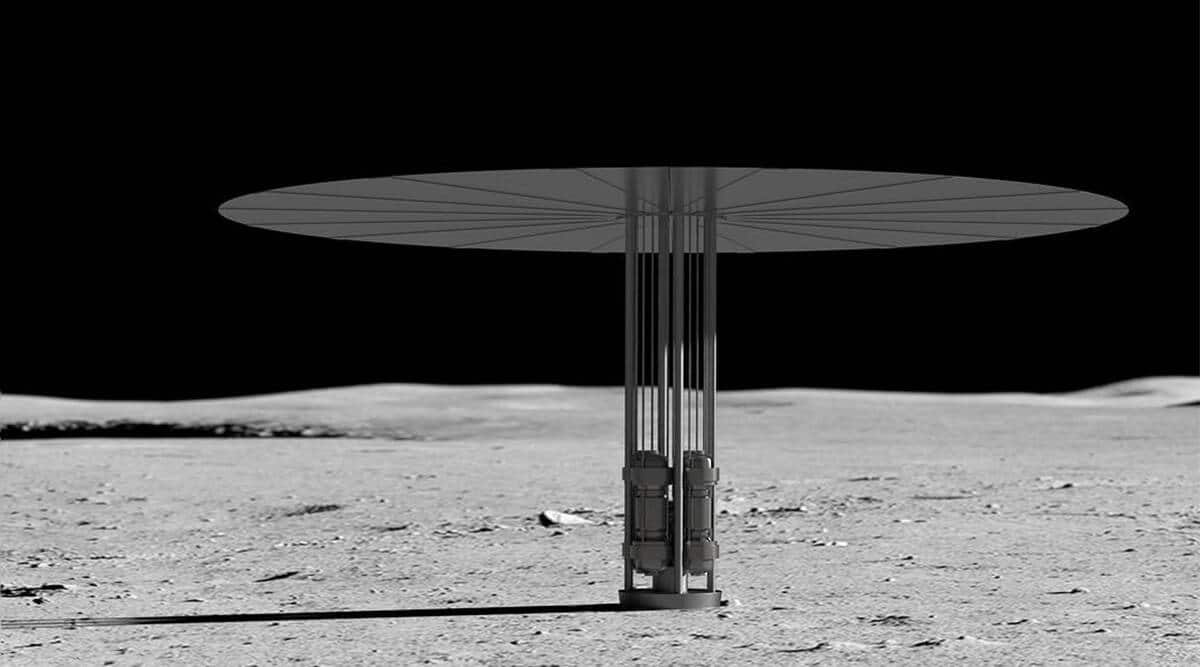 Earlier this year, the US Department of Energy (DOE) awarded three contracts, each valued at approximately $5 million, to three companies for design proposals for a nuclear fission surface power system that can be deployed to the Moon. According to Nasa, such a technology could be deployed to the Moon by the end of the decade.

The funds awarded by the DOE contracts are to be used for the development of initial design concepts for a 40-kilowatt fission power system that should be designed to last at least 10 years in the harsh environment of the Moon. Lockheed Martin, Westinghouse, and IX were the companies selected for the contract and all three will be partnering with other companies for the design development.

Since nuclear fission systems are comparatively small and lightweight, they are ideal for the lunar environment. They can also reliably generate power without dependence on location, available sunlight, and other natural conditions. If such a technology is successfully developed and deployed, it could pave the way for long-duration missions to the Moon, Mars, and beyond.

The interview has been edited and condensed.

Q. Terrestrial nuclear reactors are typically placed within large containment buildings but the artist’s depiction of a reactor on the Moon doesn’t seem to have such a structure. What is the reason for this?

Safety is a core principle for every activity that NASA conducts, on Earth and in space, and safety is integrated into each phase of the design, test, manufacture, and operation of space nuclear power systems. The lunar system design will provide the same standards of protection and safety as those applied to terrestrial systems.

Q. What are the biggest challenges that need to be overcome before such a reactor can be deployed to the Moon?

Tofil: One challenge is that the launch and ascent to the Moon consist of strong vibrations and shocks as the rocket stages separate after they burn their fuel. A space reactor must have a robust and rugged design for the structure, electronics, communications equipment, and power conversion equipment to survive the launch environment. Another challenge to operating on the surface of the Moon is rejecting power processing heat produced by the reactor. Water or air cooling systems like those used on Earth are not possible on the Moon.

Instead, NASA will need thermal radiators to cool the reactor by rejecting waste heat into space. This is the same process used to manage heat on the International Space Station. Finally, another challenge is operating the power plant 250,000 miles from Earth. Autonomous control systems must be developed and tested to ensure safe operation and fault detection. All of these challenges are solvable and will be overcome through detailed design and testing activities.

Q. How much more difficult would it be to deal with a nuclear meltdown in space, compared to one on earth?

Tofil: Such an occurrence is extremely unlikely. The safety analyses will include all aspects, both normal and off-normal operational phases of the system. NASA places a very high priority on safety, and safety is integrated into each phase of the design, test, manufacture, and operation of space nuclear power systems.

This includes several layers of protective features within a power system that minimize the potential for a fault during operation as well as standby safety controls should a fault occur. For instance, the lunar surface fission power system will have redundant control measures to detect a fault and shut down the reactor well before its operation can become critical. Control subsystems will have active and passive measures to ensure that the reactor core can be returned to a subcritical state and that the reactor fuel operates at stable temperatures at all times.

Q. What effect will the fluctuating ambient temperatures on the moon have on the working of such a reactor?

Tofil: The system thermal management design accounts for fluctuating ambient temperatures on the lunar surface. Radiator panels are used to reject waste heat into space over the full range of operational temperatures. The size of the thermal radiator panels will be designed to handle even the most extreme lunar conditions.