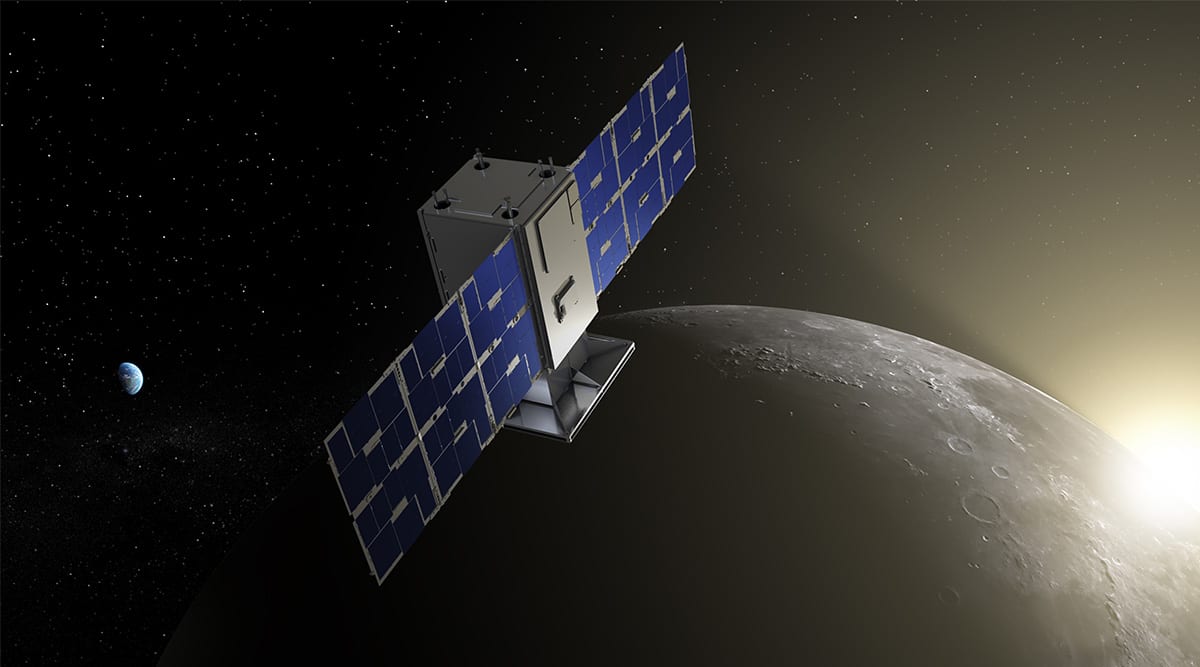 NASA’s CAPSTONE mission will reach the Moon on November 13, becoming the first spacecraft to enter into a special elongate orbit that could support future space missions. The microwave oven-sized satellite weighs just around 25 kilograms and will also become the first CubeSat to fly and operate on the Moon.

A trajectory correction manoeuvre on September 8 had inadvertently caused the CAPSTONE spacecraft to spin so fast that the onboard reaction wheel could not control or counter the spin. Later, on October 7, NASA teams were able to execute recovery commands that stopped this out-of-control spin.

CAPSTONE stands for Cislunar Autonomous Positioning System Technology Operations and Navigation Experiment. The mission’s CubeSat was sent into space to test a unique lunar orbit called a near rectilinear halo orbit, (NRHO) which is very elongated and is located at a precise balance point between the gravities of the Earth and the Moon.

Over the course of the past four months, the CAPSTONE spacecraft has been navigating an offbeat but efficient deep space path to the moon. This route is called a ballistic lunar transfer and it follows the gravitational contours in space to help the spacecraft reach its destination while spending very little energy.

The CAPSTONE spacecraft will soon reach the end of its gravity-driven track and will arrive at the Moon, where its approach will have to be perfectly aligned for NRHO insertion, which is the critical point of the mission. Up until now, the schedule of the spacecraft’s manoeuvres were flexible based on its performance and other factors.

But now, orbital insertion must take place at exactly the right time to ensure that CAPSTONE is put into the correct orbit. The spacecraft will be travelling at over 6,000 kilometres per hour and will perform a delicate, precisely timed propulsive manoeuvre to enter the orbit. NASA likens to a “flying trapeze artist who jumps from one arc to another with a decisive, acrobatic motion.”

Since the NRHO orbit exists at a precise balance point between the gravities of the Earth and the Moon, it required minimal energy to maintain, meaning that it can be an ideal staging area for missions to the Moon and beyond. By verifying this orbit, CAPSTONE will help reduce risks for future spaceflight, and could also help establish long-term missions like the Gateway space station.

Apart from NRHO, CAPSTONE will also demonstrate a key software technology— the Cislunar Autonomous Positioning System (CAPS). CAPS includes an innovative spacecraft-to-spacecraft navigation solution that will allow future missions to determine their location without having to rely on tracking from Earth. CAPSTONE can directly communicate with NASA”s Lunar Reconnaissance Orbiter to determine its own position in space. This software solution will support NASA’s Artemis missions.