In the last few years, VPNs or Virtual Private Networks have gained massive popularity, thanks to websites sharing personal user information with other companies. A VPN provides an encrypted server and helps hide IP address, which can be used to pinpoint one’s physical location.

VPNs also come in handy if you want to watch geo-restricted content or want to access websites on the internet blocked by your internet service provider or government. Be it a normal user or a whistleblower, millions of people use VPNs on a daily basis to protect their identity on the internet.

Now that you know what VPNs do and what are they used for, you might be tempted to try one out. While there are a lot of free options, many of them bundle in malware or sell your data to third parties. Another reason why free VPN is a bad idea is that they are slow when compared to paid VPN services with the majority of them showing ads every once in a while.

And even though paid VPNs might burn a hole in your pocket, they generally have a good infrastructure that can actually help protect user privacy and access the internet at decent speeds. Here we will be taking a look at some of the best-paid VPN services available on the Google Play Store.

If you regularly browse the internet, then you might have heard about NordVPN. The popular VPN service has an Android app that helps you connect to a secure server at the tap of a button.

NordVPN also comes with malware protection that automatically blocks malicious websites while providing botnet protection. It also has a ‘Dark Web Monitor’ that alerts people if their login credentials are leaked online.

NordVPN is one of the most popular VPNs on the internet. (Image Source: Google Play Store)

With over 5,400 servers to choose from, NordVPN can also be installed on supported Wi-Fi routers for added protection. Some additional features include the ability to set custom DNS and easy switching between TCP and UDP.

Currently, Nord VPN offers three plans to choose from. The cheapest plan costs Rs 1,100 per month, while the six-month plan is priced at Rs 4,500. However, if you opt for a yearly subscription, it will cost you Rs 2,800 for the first year, and then Rs 2,900 for the next year. Nord also offers a seven-day free trial to see if it fits your needs.

Those looking for an affordable VPN solution might be interested in ExpressVPN. Similar to Nord VPN, it offers a free seven-day trial. With servers in over 94 countries, users can connect and change their IP address to almost any location in the world.

ExpressVPN is available on a multitude of platforms and comes with features like split tunnelling function that lets you choose which apps should use VPN and a kill switch feature that disconnects from the internet as soon as the VPN is disconnected. It also comes with a router app which can protect all connected devices. 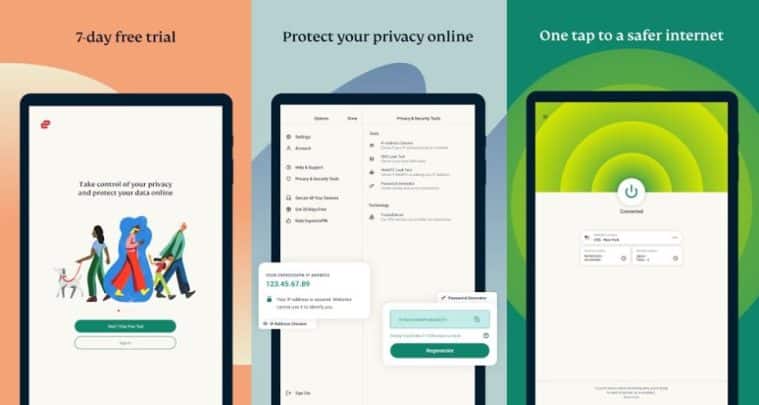 ExpressVPN is one of the most affordable VPN services in India. (Image Source: Google Play Store)

With over 3,000 servers worldwide, ExpressVPN is offering two plans, with the monthly plan priced at Rs 1,150 per month while the yearly subscription will set you back by Rs 733.

The service supports network whitelisting, meaning Windscribe can automatically connect or disconnect depending on the connected network. It is a mixture of free and paid VPN since it comes with 2GB of free data every month. Windscribe Pro offers unlimited bandwidth and connections and access to servers in more than 63 countries and 110 data centres. Interested users can either go with the Rs 715 plan that has a validity of one month or opt for the yearly plan that costs Rs Rs 6,400.

IPVanish is another VPN solution that provides all standard features like split tunnelling, advanced standard encryption, kill switch and IPv6 protection. It can also help prevent Denial of Service attacks while gaming and supports multiple protocols like WireGuard, OpenVPN and IKEv2. 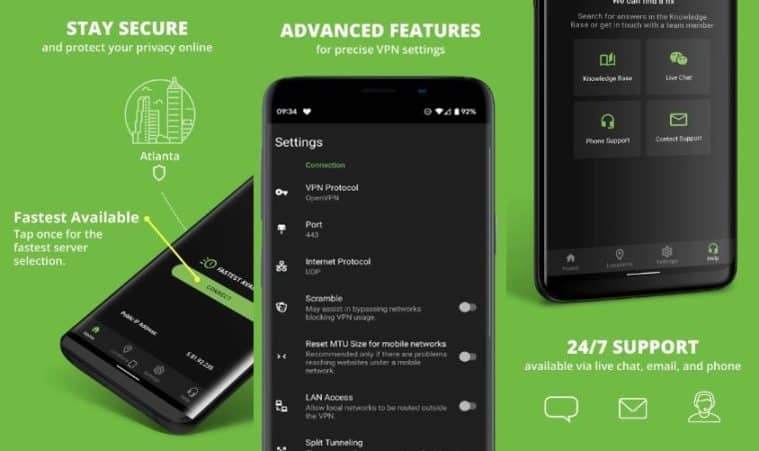 The service has one of the best customer support in the industry and has over 2,000 servers spread across more than 75 locations worldwide. If you are interested in IPVanish, the monthly plan is priced at Rs 990 while the yearly subscription costs Rs 4,650.

Developed by the same team that made Proton Mail, Proton VPN is used by millions worldwide. Similar to other apps in the list, Proton VPN offers access to encrypted servers, lets you watch geo-restricted content and comes with DNS protection.

Users also get features like split tunnelling and a kill switch. While the service is free to use, the premium subscription lets users choose between 1400 servers spanning 60 countries, the ability to connect to up to ten devices, file sharing and P2P support, built-in ad-blocker and Tor over VPN.