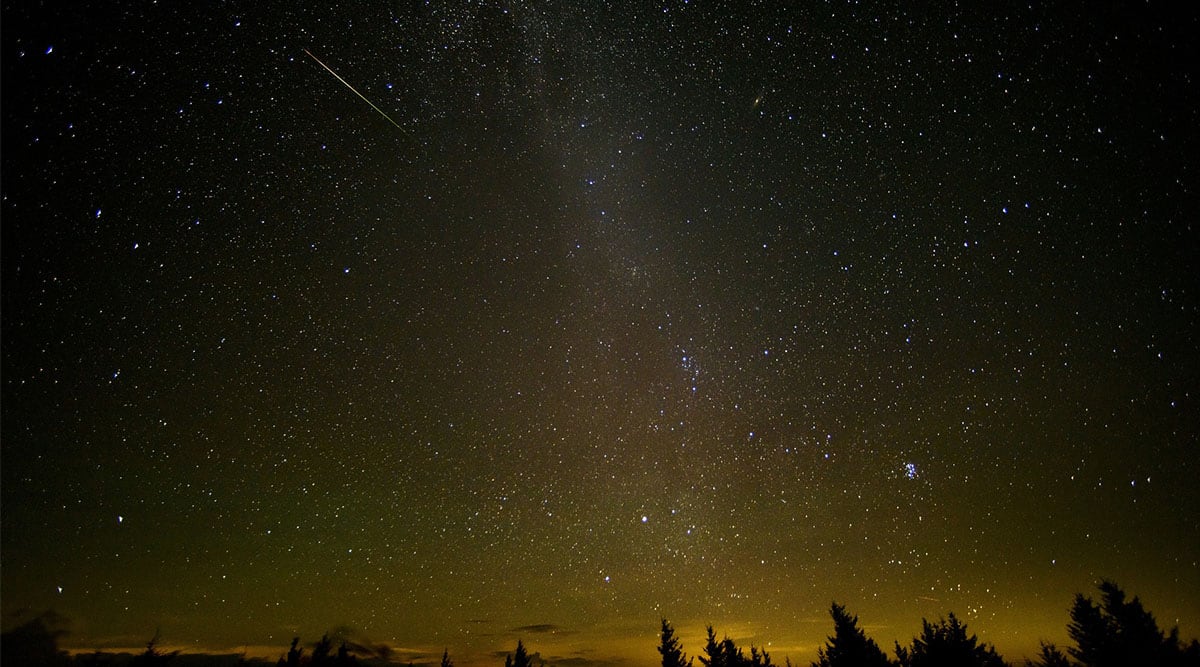 The month of October is going to be exciting for skywatchers. There will be two meteor showers and the planet Mars will seemingly reverse its course through the night sky. Apart from that, the gas giants Jupiter and Saturn will also be visible throughout the month. Here is everything you can look for when you go skywatching in October.

Jupiter and Saturn will be visible in the night sky throughout the month of October and will form a triangle will the bright star Fomalhaut. (Image credit: NASA/JPL-Caltech)

In the early evening, you will be able to see Jupiter and Saturn in the southeast of the sky, slowly moving west through the night. The two gas giants will form a triangle with the bright star. One easy way to separate the star from the planets will be to see whether it twinkles or not. Stars twinkle while planets don’t.

The Draconid meteor shower is expected to happen between October 6 and October 10, with the peak of the shower visible on the nights of October 8 and 9, according to Time and Date. The meteor shower gets its name from the constellation Draco and is caused by the debris of the comet 21P/Giacobini-Zinner passing through Earth’s atmosphere.

The next full moon, known as the Hunter full moon, will happen on October 9, 2022. The Moon will appear full for about three days centred on this date. This moon is called the Hunter moon because it comes after the Harvest full moon, which happens in September. According to NASA, this is because it was easier for hunters to see animals in the night after crops were harvested.

The Orionid meteor shower will be active throughout October but will peak on the night of October 20, according to Time and Date. You can see as many as 20 meteors every hour during the peak but unfortunately, this year, the peak happens when the Moon is about 20 per cent full. This will interfere with the viewing of the shower but won’t spoil the experience completely.

According to Time and Date, there will be a partial solar eclipse on October 25. Unfortunately, this will not be visible to viewers in India and will only be visible to viewers in parts of Europe, northern Africa, the Middle East, and western parts of Asia. However, you can expect the partial solar eclipse to be streamed live by skywatchers in these locations. 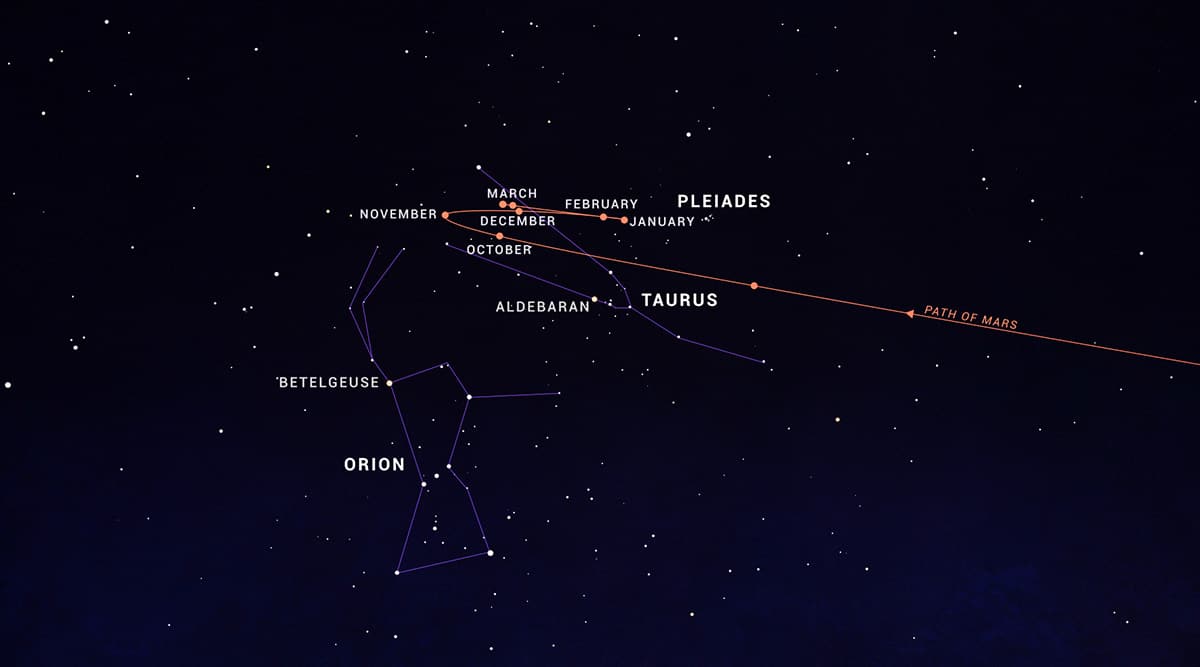 Mars in retrograde motion: The red planet will seemingly reverse its course through the night sky towards the end of October. (Image credit: NASA/JPL-Caltech)

Through the month of October, Mars will move towards the east all year as it usually does. But towards the end of the month, the red planet will stop this motion and reverse its direction to move from westwards. This will continue till January. In actuality, Mars is moving in the same direction in its orbit as it always does.

This apparent reversal happens because of the way in which Earth and Mars orbit the Sun. Around once every 26 months, Earth overtakes Mars because it is in the inner orbit. When this happens, our planet passes Mars and it will start appearing to move in the opposite direction. This will continue until we “round the corner,” when Mars will seemingly continue on its eastward course in the night sky.