Realme’s lineup of mid-range and upper midrange devices is probably the most interesting among brands operating in India right now. The brand has always had at least one good contender for every segment, thanks to their multi-device strategy. But it also means that standing with a new phone becomes increasingly difficult at times.

The Realme GT Neo 3T is a good example of this, as it felt like another addition to the GT Neo series that surely packs performance. But lacks the flair of a fresh new phone. This is why I decided to spend some more time with the device before I giving my verdict on it. After spending over a month with the phone, here’s what I feel about the Realme GT Neo 3T.

The Realme GT Neo 3T comes with a nice AMOLED display that makes viewing content an enjoyable experience. You also have HDR10+ support and generous peak brightness levels for most Netflix content. The Gorilla Glass 5 support is also a nice addition.

The GT Neo 3T display is also very readable under direct sunlight, although you may want to switch the UI from dark to light mode if it’s too sunny. Unlike some phones in this segment, the punch-hole continues to exist on the left and not the center, which makes it almost vanish during movies and games.

The GT series as a whole is one that’s all about performance. The GT Neo 3T is no different. With the Snapdragon 870, one of the most reliable Snapdragon 800-series chips in recent years at its helm, the GT Neo 3T flies through daily use with zero problems.

I have spent enough time with the 870 with both the iQOO Neo 6 and the OnePlus 9R over the last year. I can testify that the chipset is relevant even today, despite being succeeded by three Snapdragon 8-series chips since it’s introduction. The 870 may not be as powerful as the Snapdragon 888, but will offer better thermals and, practically, more than enough performance and graphical capability in this segment. In fact, the only phone I can think of that outperforms the Neo 3T at this price is the Redmi K50i, but then the Neo 3T beats the Redmi K50i with an AMOLED display. 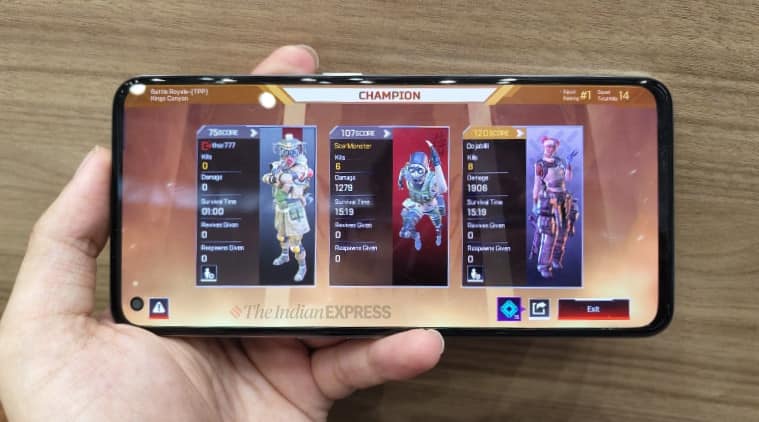 I tried the Realme GT Neo 3T with a number of casual titles like Subway Surfers and Vector, as well as more demanding games like Apex Legends over the weeks, and I can gladly say that the phone handles both without sweating. Graphic settings can be tuned to the maximum for most games and the phone’s thermals were better than I expected at this price.

Both the Realme GT Neo 3T camera setup and the photos I shot with the phone don’t offer anything new to the market. The 64MP main camera, 8MP ultrawide sensor, the software features of Realme UI and the useless 2MP macro camera, have all been seen before, and that’s a good thing. This makes the GT Neo 3T camera a reliable one, something that’s more important in this segment than a flashy new sensor with more megapixels and less optimisation. 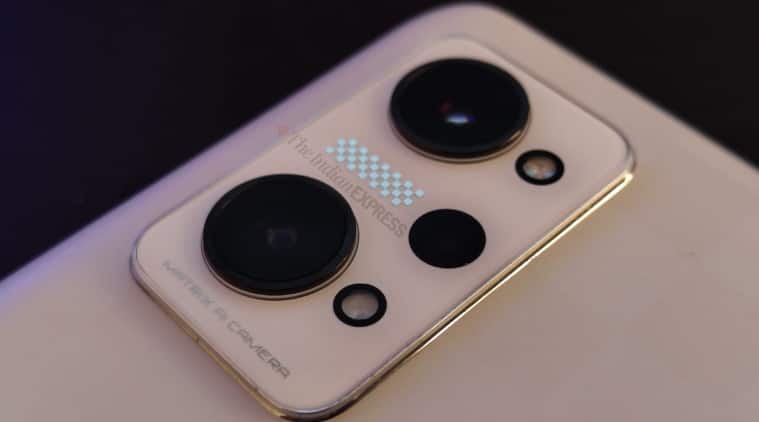 The phone also records 4K at up to 60fps from the rear camera and videos were pleasant enough in good lighting, although you’re still capped at 1080p recording from the 16MP front camera. Check out some of our samples below. 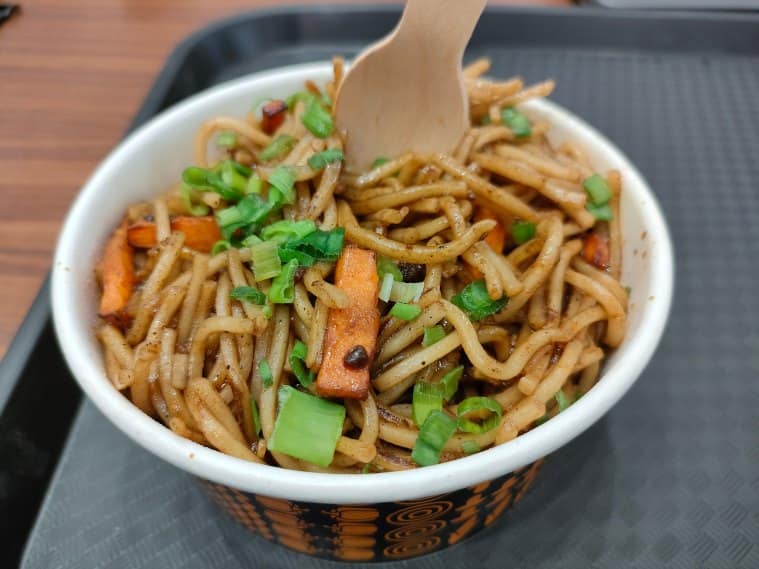 With some of the AI colour enhancement modes, you can also capture vibrant pictures which would otherwise look a little more dull. (Image Source: Chetan Nayak/ The Indian Express) 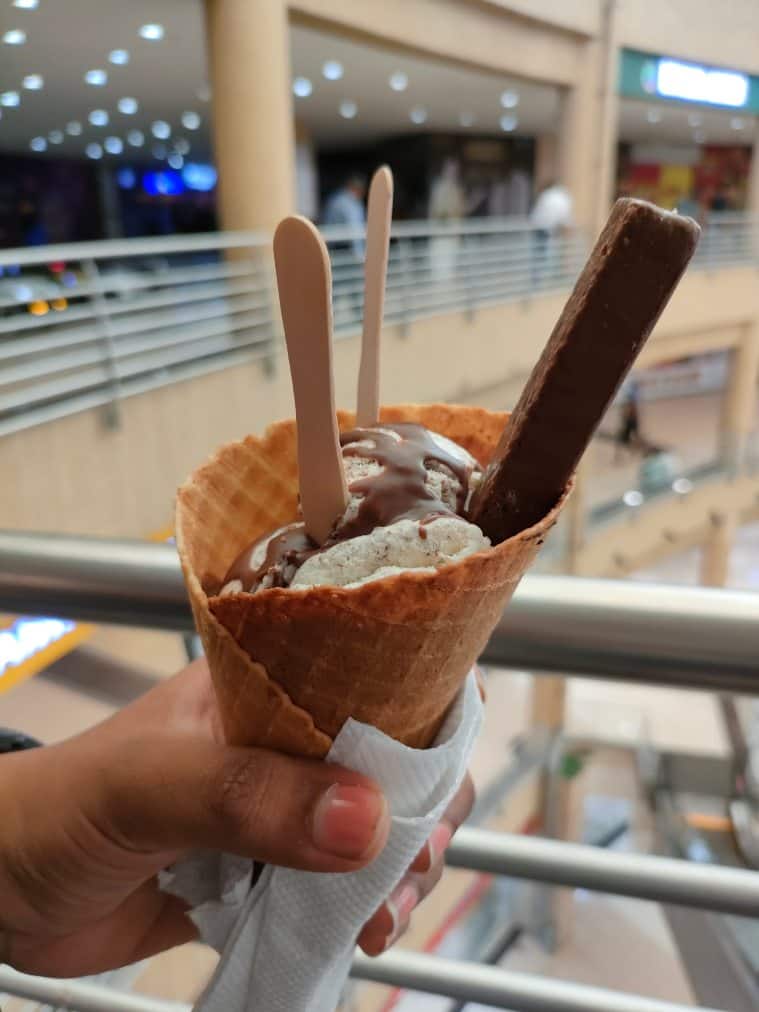 The camera also has some good background blur to offer without portrait mode with non-human subjects. (Image Source: Chetan Nayak/ The Indian Express)

The Realme GT Neo 3T has exceptionally good battery life thanks to its 5000mAh battery and what looks like some neat optimisations on the software side, clubbed with the efficiency of the Snapdragon 870.

Throughout my testing, I wasn’t able to drain the phone completely with everyday use in under a day. This can easily be a one-and-a-half to two day phone for most people. The 80W charging is also pretty quick to charge the device when in need and is a great addition to see at this price.

The GT Neo 3T comes with Android 12-based Realme UI 3.0 and the skin is as feature-packed as ever. You get the in-depth customisable options and all the multitasking features like a sidebar. But there’s also the bloatware that comes with the phone, and there are too many uninstallable apps. If this is something you can look past, there are no major software issues here. The GT Neo 3T will also be updated till Android 14.

The Realme GT Neo 3T doesn’t come with a bad design, but one that just comes off as generic at this point. The triple camera layout, the plastic back, all feel like elements you’ve seen on a number of other phones before. Despite its faint chequered-flag aesthetic, the GT Neo 3T’s design, at least for its white variant, fails to turn heads or give a unique identity to the phone. 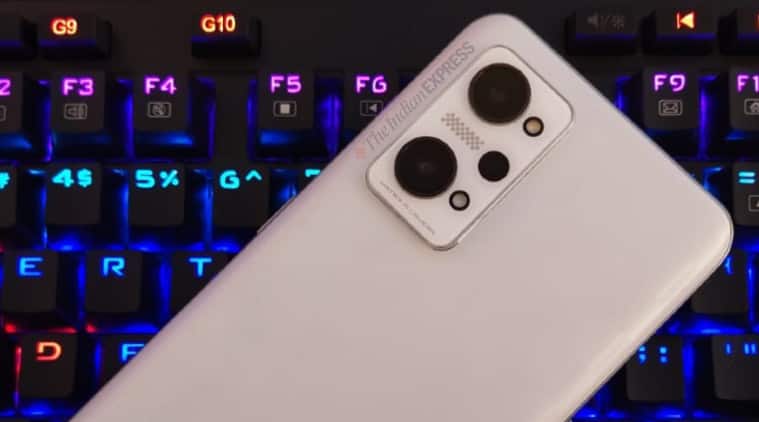 Verdict: Should you buy the Realme GT Neo 3T?

The Realme GT Neo 3T is a good combination of price and performance, making it an excellent value-for-money phone in this segment. However, it also doesn’t feel very ‘new’ and rather, comes off as a device built around tried-and-tested formulas. But then again, that is something you will find with most phones in this segment. I just expected a little more design flair from the GT series, but it seems that will be reserved for the upper echelons (above Rs 30,000) like the GT 2 Pro and the GT Neo 3.

Still the Realme GT Neo 3T leaves no complaints when it comes to performance and functionality, even opting to include features like an optical fingerprint sensor and NFC support, which even some higher priced phones miss out on. If you’re looking for a feature-packed experience around the Rs 25,000 mark, this is a solid option to consider.