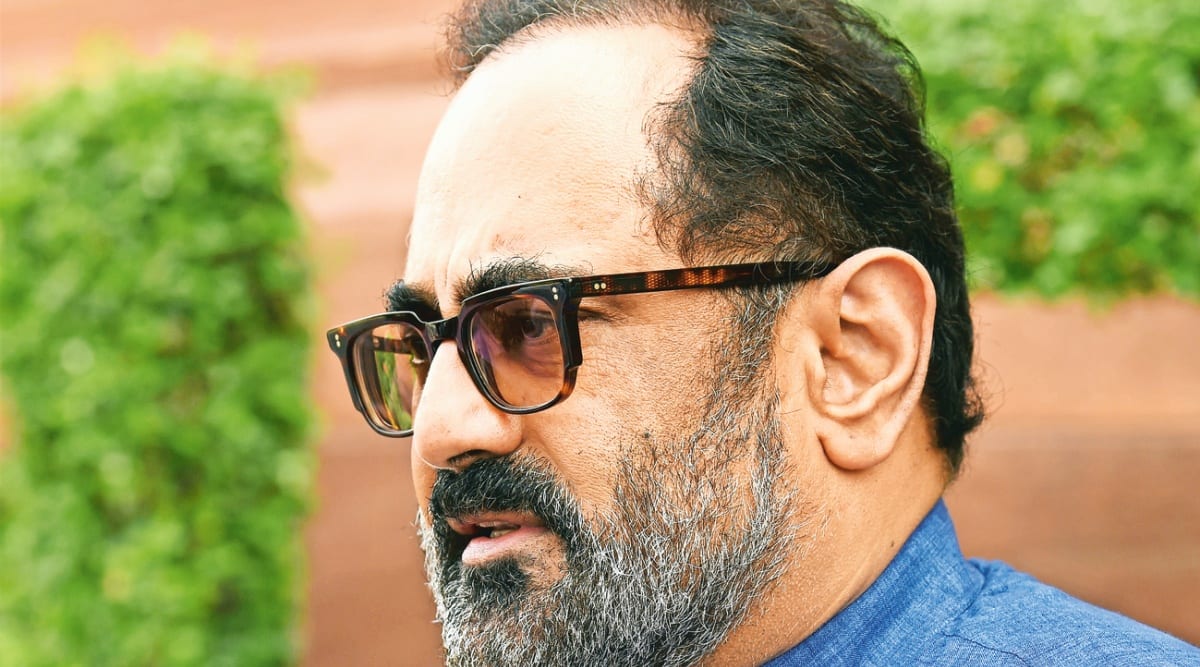 To facilitate a better working relationship between the Centre and state governments, and for explaining the potential and opportunities of the government’s electronics-related manufacturing schemes, the central government on Saturday will conduct a dialogue with IT ministers of state governments.

The roundtable, called the ‘Digital India Conference of State IT Ministers’ will take place during the sixth edition of the India Mobile Congress 2022 in New Delhi where the Centre has invited state IT Ministers and IT Secretaries to discuss with them the role states and union territories can play in the rollout of 5G, business opportunities, need for skill development and for interaction with potential start-ups and investors.

With the disruption in the global value chains led by Covid-19, there has been a global discussion about moving some electronics and semiconductor manufacturing away from China. Chandrasekhar said that it is important for state governments to realise the potential of this transition. “This opportunity is being discussed in the context of a short window of two to three years because if the ‘China plus one strategy’ finds its roots in other countries like Vietnam, it would be very difficult to bring it back to India from there. The transition in the global value chains is underway now,” he said.

According to the agenda of the meeting, a copy of which has been seen by this paper, Chandrasekhar and Minister of State for Communications Devusinh Chauhan will explain the various electronics- and 5G-related initiatives of the Centre, after which state IT ministers will give a presentation on digital-related initiatives of their respective states. Union Minister of IT Ashwini Vaishnaw, IT Secretary Alkesh Sharma and Telecom Secretary K Rajaraman will also speak at the meeting.

Asked how he would explain at the conference the political debacle around the semiconductor plant of the joint venture between mining giant Vedanta and Taiwanese electronics manufacturer Foxconn going to Gujarat in the last minute when the project seemed ready to be set up in Maharashtra, Chandrasekhar said that the “competitive nature of fighting for investments and proposals is par for the course now”.

“There is competition amongst countries and there is competition amongst various states within India. India, Vietnam, Thailand etc are all competing for the same place in the global electronics value chain right now. States that have proactive policies and leadership are going to be more competitive,” he said. “On Friday, I inaugurated a manufacturing facility of Taiwanese electronics manufacturer Pegatron set up under the electronics PLI scheme in Tamil Nadu, which is a DMK-governed state. So any attribution of partisanship is wrong.”

In February this year, Chandrasekhar had written a letter to all industrial ministers of state governments highlighting the large available market for electronics manufacturing, The Indian Express has learnt.

“My intention is to highlight this important growth opportunity for attracting investments and creating jobs in your state, and in the country … We will undertake tactical and strategic steps to build India’s competitiveness and scale by attracting global electronics manufacturers, shifting sub-assemblies and component ecosystems, building a robust design ecosystem, fostering Indian champions, and removing cost disadvantages. This is the time for India’s rise as the Electronics hub for the world,” the letter said.