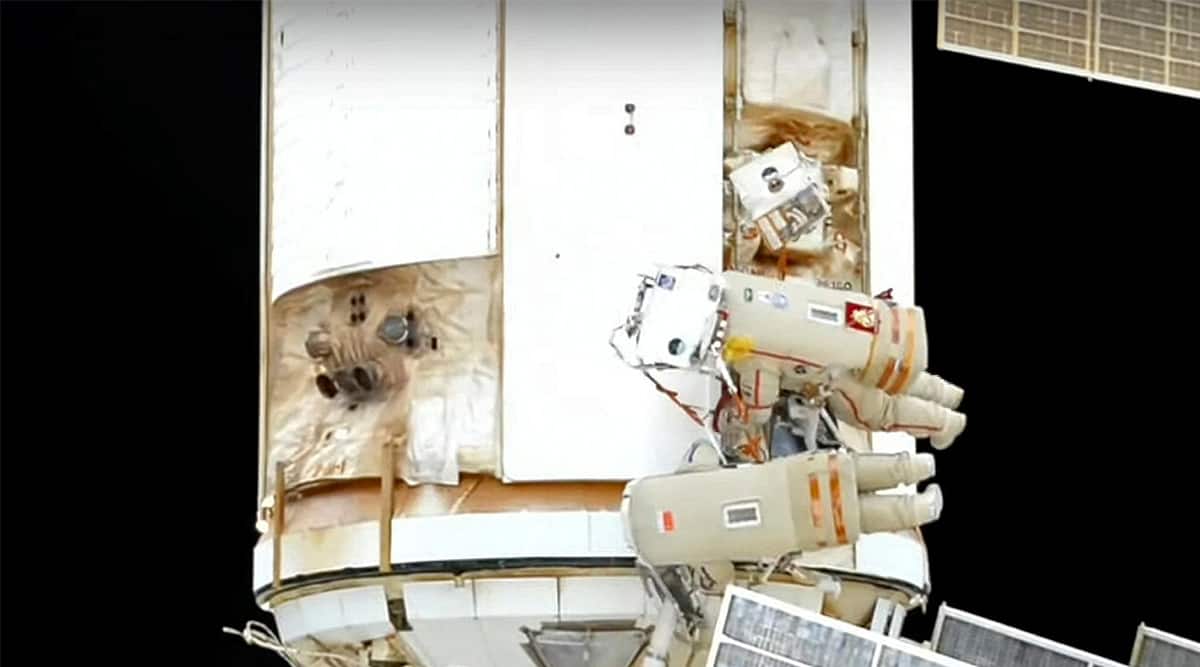 A Russian spacewalker had to rush back inside the International Space Station on Wednesday when the battery voltage in his spacesuit suddenly dropped. Russian Mission Control ordered Oleg Artemyev, the station commander, to quickly return to the airlock so he could hook his suit to station power. The hatch remained open as his spacewalking partner, Denis Matveev, tidied up outside.NASA said neither man was ever in any danger.

Matveev, in fact, remained outside for another hour or so, before he, too, was ordered to wrap it up. Although Matveev’s suit was fine, Russian Mission Control cut the spacewalk short since flight rules insist on the buddy system. The cosmonauts managed to install cameras on the European Space Agency’s new robot arm before the trouble cropped up, barely two hours into a planned 6 1/2-hour spacewalk.“You know, the start was so excellent,” Matveev said as he made his way back inside, with some of the robot arm installation work left undone.

The 36-foot (11-meter) robot arm arrived at the space station last summer aboard a Russian lab. NASA spacewalks, meanwhile, have been on hold for months. In March, water seeped into a German spacewalker’s helmet. It was not nearly as much leakage as occurred in 2013 when an Italian astronaut almost drowned, but still posed a safety concern. In the earlier case, the water originated from the cooling system in the suit’s undergarments. The spacesuit that malfunctioned in March will be returned to Earth as early as this week in a SpaceX capsule, for further investigation.