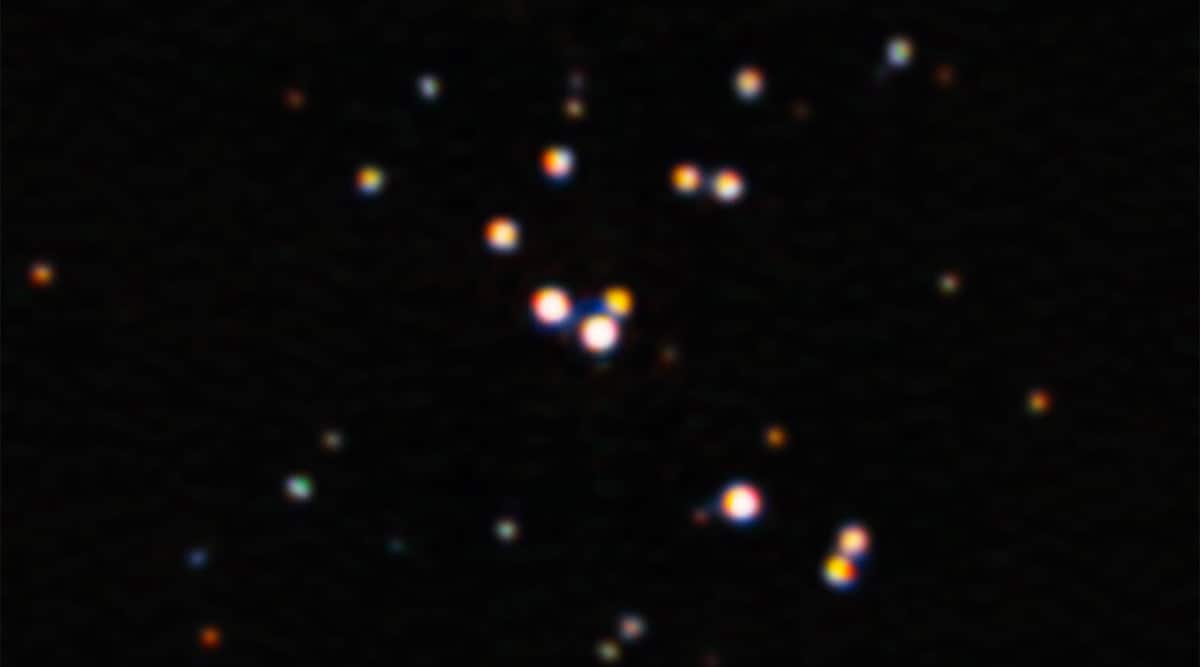 Scientists used the 8.1-metre Gemini South Telescope in Chile to obtain the sharpest ever image of the star R136a1, which is the most massive star known to us. The research was led by NOIRLab astronomer Venu M Kalari and suggests that the star may not be as massive as previously thought.

Astronomers still do not understand how massive stars, which are more than 100 times the mass of the Sun, are formed. One big obstacle standing in the way of scientists trying to solve this puzzle is obtaining observations of these stars. These giants are typically found in the densely populated hearts of dust-shrouded star clusters.

They also have a short life span since they burn through their fuel reserves in only a few million years. Compared to that, our Sun has a lifespan of 10 billion years and is less than halfway through it. A combination of short lifetimes, their presence amidst densely packed stars and vast astronomical distances means that distinguishing these individual massive stars is a huge technical challenge.

Scientists at the US National Science Foundation (NSF) pushed the capabilities of the Zorro instrument on the Gemini South telescope to obtain the sharpest image of R136a1. The star is part of the R136 star cluster, which is about 160,000 light-years away from Earth in the centre of the Tarantula Nebula in the Large Magellanic Cloud.

The results of the study are set to appear in a research article in The Astrophysical Journal. “Our results show us that the most massive star we currently know is not as massive as we had previously thought. This suggests that the upper limit on stellar masses may also be smaller than previously thought,” said Kalari, lead author of the paper, in an NSF press statement.

The R136 star cluster has been previously observed by the Hubble Telescope and various ground-based telescopes but none of them could obtain images that were sharp enough to pick out individual stars in the cluster.

The astronomers were able to surpass this issue by using a technique called “speckle imaging,” where they took thousands of short-exposure images of a bright object and carefully processed the data to cancel out a lot of the blurring. A combination of this approach and adaptive optics helped the research team capture the sharp new observations of R136a1.