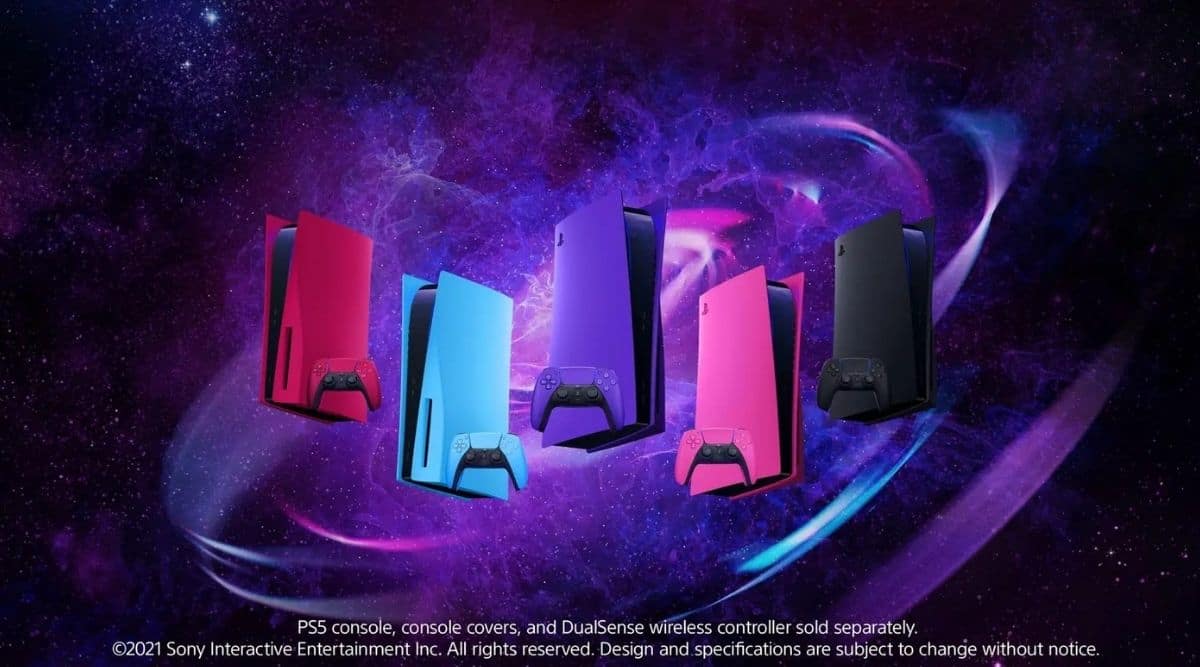 Sony has finally announced custom covers and new controller variants for the PlayStation 5. The accessories will be available in new galaxy-inspired colours and are scheduled to launch in select territories in January 2022.

Following the launch of the Midnight Black and Cosmic Red DualSense controllers in June, PS5 is now introducing three more colour variants. Inspired by heavenly names – the Nova Pink, Starlight Blue, and Galactic Purple variants will release sometime in January 2022. You can pre-order them at a price of $74.99 USD (about Rs 5,680) from the official website.

To go along with the new controller lineup, Sony has also revealed custom side plates for the next-gen console. On the official store, they are listed at $54.99 USD (about Rs 4,165) and are available in the same shades as the new DualSense controllers.

“These new console covers are beautiful and easy to use – simply remove your original white PS5 console covers and click your new ones into place,” reads the blog post. The new PS5 covers will be available for both digital and disc versions of the console and are sold separately.

Sony is planning to release the Cosmic Red and Midnight Black covers in January 2022 at participating retailers, while the 3 new colours will launch sometime within the first half of 2022. Currently, Indian retailers are not a part of the rollout process.

This announcement comes just weeks after Sony patented its PlayStation 5 side plates design. The company was caught up in legal disputes with device customisation businesses such as dbrand and Trezn Gaming, which have been selling custom darkplates for the PS5. Dbrand then responded to the claims by adding vents to the covers for better air intake, as a way to avoid getting sued.