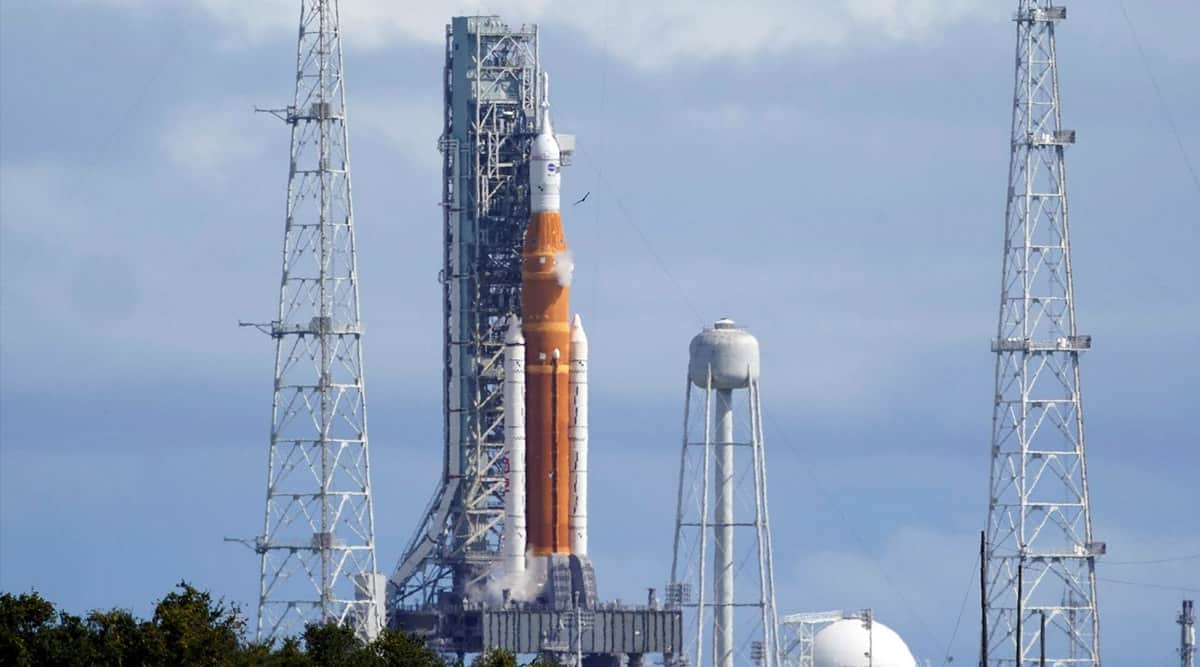 After the demonstration, launch director Charlie Blackwell-Thompson said that all the objectives have been met. After hours of issues, NASA eventually managed to load nearly 1 4 million litres of fuel into the rocket. After the aborted launch attempt on September 3, the space agency had replaced two seals in the leaky line.

After this, NASA updated the loading procedures to ensure that the various systems are put under much less thermal and pressure stress. After the leak appeared during the test on Wednesday, the launch team began moving even more slowly. After deciding to forego the launch window on September 27, the American space agency said that it will decide whether to roll the rocket and spacecraft from the launch pad to the Vehicle Assembly Building on Sunday (September 25).

The United Arab Emirates plans to launch its first lunar rover from the Kennedy Space Center in Florida between November 9 and November 15, according to an AP report. The “Rashid” rover, named after Dubai’s ruling family would be launched on a SpaceX Falcon 9 rocket and will be deposited by a Japanese ispace lander.

The 10-kilogram rover will carry a microscopic camera, a thermal imagery camera, two high-resolution cameras, a probe and other instruments. It is expected to study the lunar surface and how different surfaces interact with lunar particles.

This may not sound like a particularly impressive feat for a telescope that managed to image the Carina nebula with such great details but imaging of Mars presented a different set of technical challenges. In comparison to the distant objects captured by Webb, Mars is very close to Earth. The extremely sensitive instruments on Webb could get “blinded” by the bright infrared light coming from Mars, due to a phenomenon known as “detector saturation.” In order to avoid this, scientists had to use special detection techniques that involved the use of very short exposures and measuring only some of the light that hits the detectors.

The InSight lander was the first to detect a quake on another planet. (Image credit: NASA/JPL-Caltech)

NASA’s InSight lander detected the seismic and acoustic waves from the impact of four meteorites on the Martian surface. It also calculated the location of the craters left by the space rock, which according to Reuters is the first such measurement anywhere other than Earth.

“These seismic measurements give us a completely new tool for investigating Mars, or any other planet we can land a seismometer on,” said planetary geophysicist Bruce Banerdt of NASA’s Jet Propulsion Laboratory, the InSight mission’s principal investigator to Reuters. The researchers used the space agency’s Mars Reconnaissance Orbiter to confirm the location of the craters.

NASA’s DART (Double Asteroid Redirection Test) spacecraft captured an image of Jupiter and its four large moons while on its path to crash into the asteroid Dimorphos to test a planetary defence technique.

DART’s mission operations team pointed the spacecraft’s DRACO (Didymos Reconnaissance and Asteroid Camera for Optical) instrument and Jupiter to test its SMART Nav system that is designed to autonomously guide the spacecraft to Dimorphos before impact. DRACO successfully detected and targeted Jupiter’s moon Europa in a test of how it will visually separate Dimorphos from the larger Didymos asteroid before the impact.

Neptune does not appear blue in the Near-Infrared Camera (NIRCam) image from Webb because it captures light in the near-infrared range. (Image credit: NASA, ESA, CSA, STScI)

The Webb telescope captured the clearest image of Neptune and its rings since the Voyager 2 spacecraft flew by it in 1989. The Webb image clearly shows Neptune’s various bright, narrow rings and its fainter dust bands as well.

Neptune appears blue in Hubble images captured at visible wavelengths due to the presence of gaseous methane. But it appears different in the images captured by Webb’s NIRCam, which captures light in the near-infrared range. Methane gas so strongly absorbs red and infrared light that the planet is very dark at those wavelengths unless high-altitude clouds are present.

The US National Reconnaissance Office’s NROL-91 spy satellite lifted off from the Vandenberg Space Force Base in California on the United Launch Alliance’s Delta 4 Heavy rocket on September 24.

AP reports that the National Reconnaissance Office is a US government agency that is in charge of developing, building, launching and maintaining American spy satellites that provide intelligence data to policymakers, intelligence agencies and the country’s Defense Department.

New research suggests that a key building block of life is present on Saturn’s moon Encaladus’ subsurface ocean. The researchers’ modelling indicated that the ocean on Enceladus is relatively rich in dissolved phosphorous, which is an essential ingredient for life. A research article documenting the study has been published in Proceedings of the National Academy of Sciences (PNAS).

“The quest for extraterrestrial habitability in the solar system has shifted focus, as we now look for the building blocks for life, including organic molecules, ammonia, sulfur-bearing compounds as well as the chemical energy needed to support life. Phosphorus presents an interesting case because previous work suggested that it might be scarce in the ocean of Enceladus, which would dim the prospects for life,” explained Christopher Glein in a press statement. Glein, who is a co-author of the research paper, is an expert in extraterrestrial oceanography.

In this image, the auroral region, which isnear the northern pole, in yellow/white, is seen shedding a massive planetary-scale “heat wave” moving towards the equator. This feature is over 130,000 kilometre long or ten times the diameter of Earth. (Image credit: Hubble / NASA / ESA / A. Simon (NASA GSFC) / J. Schmidt / James O’Donoghue)

JAXA (Japanese Aerospace Exploration Agency) scientists discovered an unexpected 7000 degrees Celsius wave of heat spreading across 130,000 kilometres on Jupiter, which is unusual considering that it has average temperatures that hover around minus 145 degrees Celsius.

Jupiter experiences permanent auroras around its poles and these auroras are what is heating the region around the poles to over 700 degrees Celsius. The winds on the planet then redistribute this heat around Jupiter.