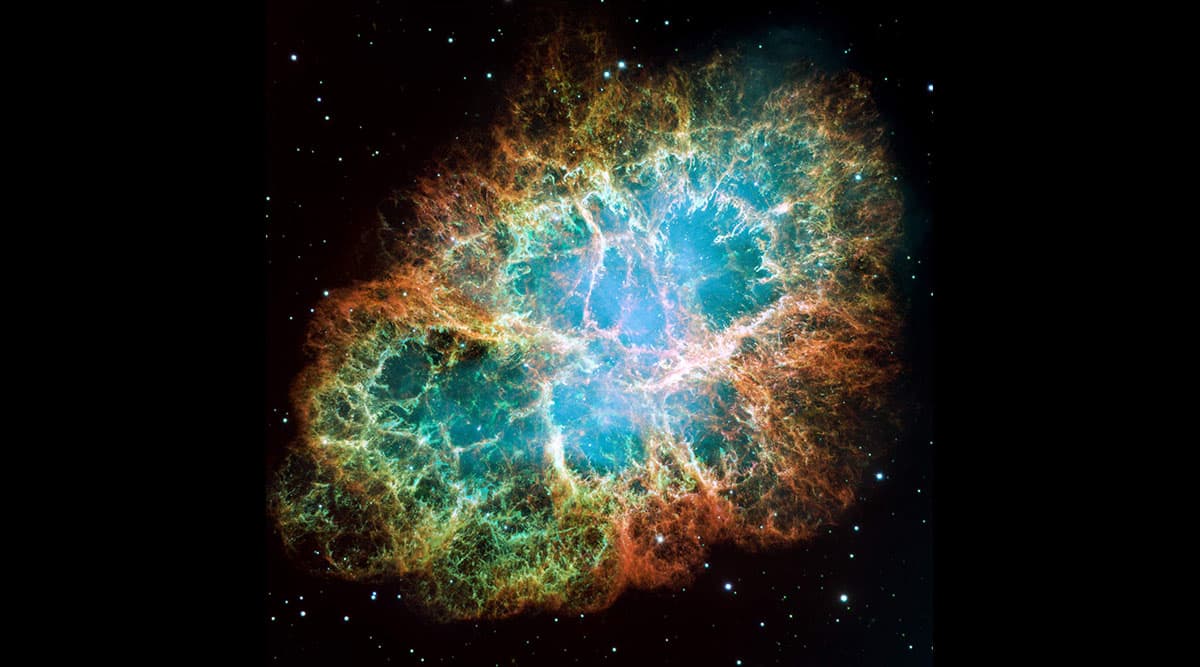 Sometimes it is hard to remember that we and everyone we know live on a rock that is rapidly moving across an endless and mysterious place that we still know very little about—space. From a gamma-ray burst sweeping across our planet due to the birth of a star to how some stars give a “warning” before they explode in a supernova, read about it all in our weekly space news recap.

Star’s warning before a supernova

Supernovae are some of the most stunning explosions known in the universe. In a way, they can be called the “last hurrah” of a star before it ends its life. Astronomers from the Liverpool John Moore University and the University of Montpellier have discovered an “early warning system” for supernovae.

In the final phase of their lives, these massive red supergiant stars that become supernovae will start becoming about a hundred times fainter. This happens because material suddenly accumulates around the star, obscuring our view of it. The researchers found out that red supergiants create this “cocoon” of material within a month or less before they explode.

Astronomers surmise that the powerful blast of radiation came from the birth of a black hole. (Image credit: NASA)

On October 9, a powerful long-lasting pulse of radiation swept over our planet. According to NASA, this blast came from a “gamma-ray burst,” which is one of the most powerful kinds of explosions in the universe. The burst was picked up by many of the space agency’s observatories in space and on the ground.

According to NASA, this burst was probably caused by a massive star collapsing under its own weight to form a black hole, When this happens, the new-born black hole attracts powerful streams of particles that travel nearly at the speed of light. When these particle streams pierce through the star, it emits X-rays and gamma rays.

This cosmic blast will help scientists gain more insights into stellar collapses and the birth of black holes. It will also help them learn more about the interactions of matter when it reaches near the speed of light. NASA says another such a burst might not happen for decades.

NASA’s OSIRIS-REx, the first spacecraft designed for returning an asteroid sample, started its two-year journey back to Earth in 2021. On September 21 this year, the spacecraft fired its thrusters for 30 seconds to nudge its trajectory closer towards the direction of Earth. This was the first time that OSIRIS-Rex made a course adjustment since it left the asteroid Bennu.

The spacecraft is now on track to deliver a “parcel” containing a sample of the asteroid Bennu back to Earth on September 24, 2023. According to the American space agency, asteroids can serve as “time capsules” that capture the earliest history of our solar system. They preserve chemical signatures from a long time ago when the universe was a younger place.

Spacewalks outside the International Space Station were suspended for nearly seven months since a small amount of water was found in ESA astronaut Matthias Maurer’s helmet on March 23. After a flight readiness review, NASA has now greenlit spacewalks once again.

Space station teams have now created updated operational procedures and new mitigation hardware to reduce the chances of such condensation happening in space suits. The new systems can also absorb any excess moisture if it appears.

The pillars were rendered by Webb in the near-infrared spectrum with even greater translucency, bringing many more stars into view while revealing new contours of the gas-and-dust clouds. (Image Source: NASA)

The James Webb Space Telescope has captured the Pillars of Creation, which presents one of the most awe-inspiring images of modern astronomy. The image reveals massive spires of interstellar gas and dust. Interestingly, the pillars were first made famous when they were captured by the Hubble Space Telescope in 1995.

The image depicts a galactic nursery where stars are forming in a region of the Eagle Nebula in the Serpens constellation, somewhere around 6,500 light years away from our planet. Webb rendered the pillars in a near-infrared spectrum, showing more translucency and bringing many more stars into view while showing new gas-and-dust clouds.

The LVM3-M2, ISRO’s heaviest rocket, launched on its maiden commercial mission on October 23 and successfully placed a constellation of 36 broadband communication satellites into their intended orbit in a mission that the Indian space agency described as “historic.” The three-stage launch vehicle consists of two solid propellant S200 engines and a core stage with an L110 liquid stage and a C-25 cryogenic stage.

An illustration of an M dwarf star being oribted by a hypothetical planet. (Image credit: NASA/ESA/STScI/G. Bacon)

A discovery that “narrows” the search for alien life

Recently published research into GJ 1252b—a planet that orbits an M dwarf star or a red dwarf star—revealed that it did not have an atmosphere. M dwarf stars are the most common type of stars in the universe and this new research could mean that we need to carry out a major shift in the way we look for alien life.

The earth-like planet is slightly larger than the Earth and is also much close to its host star than we are to our Sun. This makes it intensely hot and inhospitable. “The pressure from the star’s radiation is immense, enough to blow a planet’s atmosphere away,” said Michelle Hill, UC Riverside astrophysicist and co-author of the study published in The Astrophysical Journal Letters, in a press statement.