2021 was kind of a strange year for smartphones. Apple and Samsung had a great year despite supply-chain issues amidst the chip shortage, but overall there seemed to be far fewer breakthroughs. The rise of Realme was clearly visible, while OnePlus had a quiet year despite the success of the Nord series. Meanwhile, Vivo showed the progress it has made in the imaging space with the X70 Pro Plus. That being said, there weren’t many blockbuster smartphones we all had been anticipating. These are our favourite smartphones of the year.

From the adaptive 120Hz display, improved cameras to the new A15 Bionic chipset, there is a clear thought that went to make the iPhone 13 Pro Max.

The Samsung Galaxy S21 Ultra has many things going in its favour to become the top Android smartphone of 2021. The Galaxy S21 Ultra doesn’t come cheap, costing over a lakh. However, for that kind of money, you are getting a smartphone that not only looks good but has every feature one would expect from a high-end Android phone. Its design got altered a bit, and the OLED display is simply stunning.

The phone also came with four cameras on the rear, including the ultra-wide one, and the 108MP lens provided sharp details. The Zoom lens is another win for the S21 Ultra. The Exynos 2100 provided a more well-rounded performance. However, the battery could have been better. On top of that, the support for the S Pen accessory was a smart move. Note fans couldn’t have asked for more. 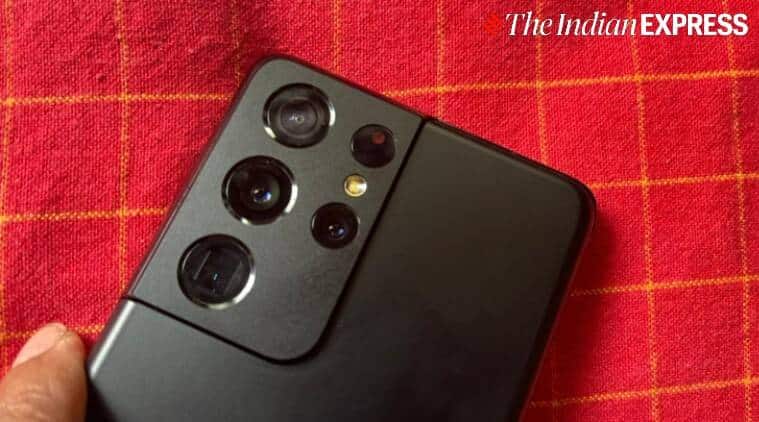 Both Galaxy Z Fold 3 and Z Flip 3 showed the promise of foldable phones replacing traditional ones. The Fold 3 is Samsung’s third-generation smartphone, and it’s also the best attempt at making a forward-looking foldable phone without too many compromises. The Fold 3 is not skinny nor super light but its claim to fame has always been how when it unfolds to become a tablet-sized 7.6-inch display on the inside.

It’s expensive, no doubt, but it’s also more durable, has a 120Hz display, and support for the S Pen is a bonus. Meanwhile, the Flip 3 is more about making foldable devices mainstream. The flip-style, water-resistant phone feels snappier than its predecessor, except for its cameras which are above average. Combined with the right price and style, the Z Flip 3 gets its footing in a crowded smartphone market. 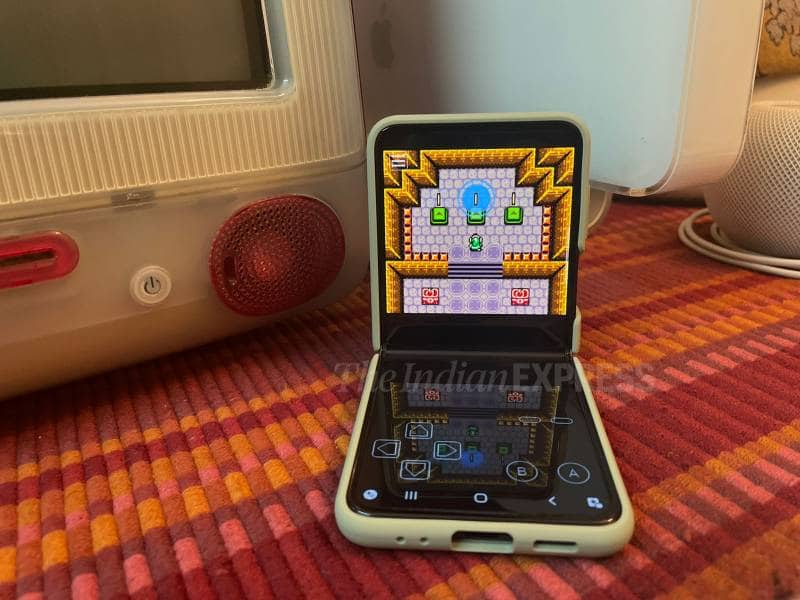 If one brand managed to impress in the premium category, it was Vivo. First, the X60 series was more than capable, and then Vivo took it up a notch with the X70 Pro+. The biggest upgrade was the Zeiss camera with the X70 Pro+ and the camera performance was definitely what one expects in a premium flagship phone. Of course, it also came with top-notch specifications, an excellent display, and plenty of RAM and storage for its price of Rs 79,990. And that’s why the phone gets a mention in the list of ultra-premium devices.

OnePlus smartphones aren’t different, but they do undercut similar offerings from Samsung and Apple in price. A similar story emerged this year with the OnePlus 9 Pro, a phone that had many top-tier flagship features you expect from an Android smartphone. It managed to squeeze every possible feature — QHD Fluid AMOLED display, the Snapdragon 888 processor, and an understated yet stylish design.

A partnership with Hasselblad does improve cameras, although there’s also scope for an improvement. The OnePlus 9 Pro does satisfy as a high-end smartphone but the secret recipe of a true OnePlus phone was missing.

The OnePlus 9R was a new variant this time from the brand. While the OnePlus 9 and 9 Pro firmly played in the ultra-premium category, the 9R offered the same, reliable experience of the brand at Rs 40,000.

This one was powered by the Qualcomm Snapdragon 870 processor, and while it did not have the fancy Hasselblad branding on the camera, it offered an excellent overall experience. And that’s why this is the winner for phones competing in the mid-premium category. 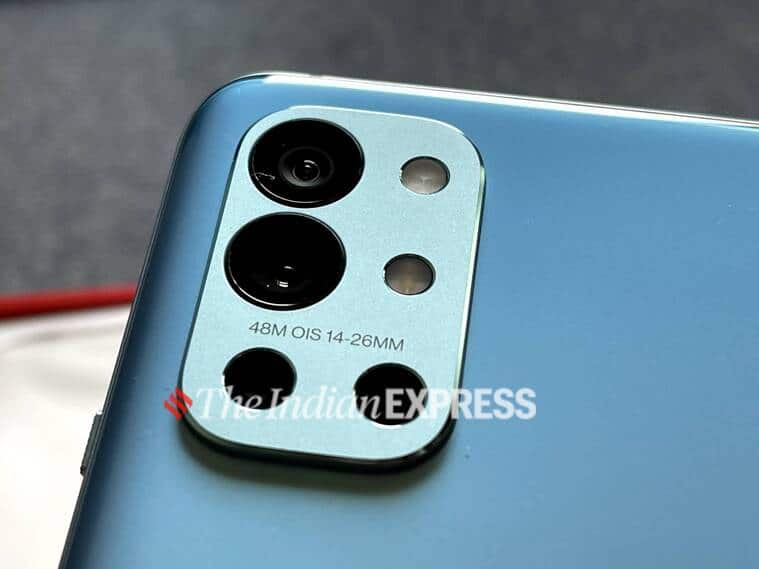 The OnePlus 9R was a new option this time around. (Image credit: Nandagopal Rajan/Indian Express)

The Realme GT was a milestone device for the company this year. Not only was the phone premium in its specifications, which included the Snapdragon 888, a 64MP quad-camera setup, and UFS 3.1 storage, the device also featured a great minimal back design that made it one of the best looking phones of the year.

Plus the 65W fast charging, stereo speakers, and a 120Hz AMOLED screen made the phone a complete package.

Samsung has been successful in positioning its A-series smartphone lately, and the trend continued this year with the Galaxy A52s 5G. This tactic of pushing high-end features onto premium mid-range phones actually seems to be working – and that’s also the case with the Galaxy A52s.

The Galaxy A52s 5G is proof that a premium mid-range phone can be a good buy without many compromises. It nails all the basic features in addition to a few premium phones including a 120Hz AMOLED screen, IP67 for water and dust resistance, and stereo speakers anyone would want from a smartphone: a good performance, a good screen, good battery life, for a good price. 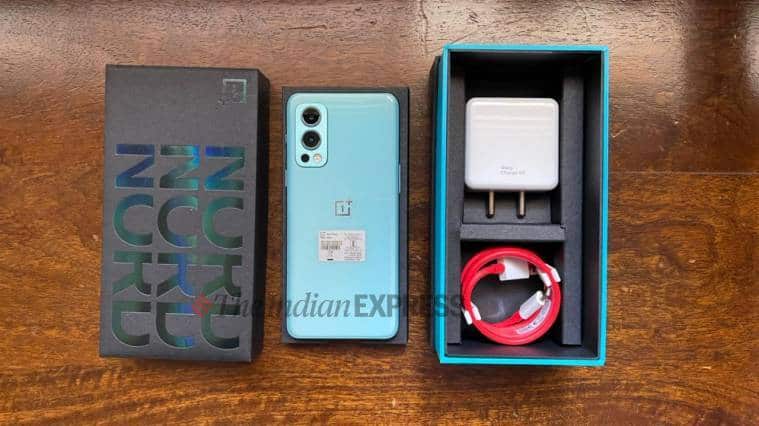 OnePlud Nord series has managed to make a mark in the under Rs 30,000 segment, and this continued with the Nord 2 5G variant in India. What impressed us the most as we noted in our review was the camera, and it packed a capable performance, design, and battery life all in one. This made the OnePlus Nord 2 a dependable package, which offered steady and reliable performance that the brand is known for, but at a much more reasonable price.

The Poco F3 GT was the brand’s most expensive phone in India yet, but it still managed to be an incredible value-for-money device, especially for gamers. The only phone in its segment that offered in-built gaming triggers, the Poco F3 GT was a budget-friendly gaming machine, complete with a MediaTek Dimensity 1200 chip. If that wasn’t enough, the phone also came with a well-designed back panel with RGB lighting on the camera island.

The Galaxy M52 5G is Samsung’s latest attempt to make a mainstream phone without compromising on specs or features. In fact, the M52 hits the sweet spot between price, performance, and form. There’s so much to like about the phone, from its 120Hz AMOLED screen, 5G support, bigger battery, and the Snapdragon 778G processor. Even the cameras are not disappointing. For average users, who need a big screen and big battery, the Galaxy M52 5G is an easy choice.

The iQOO Z5 fixed everything that was wrong with the iQOO Z3 and then some, making it a great device that featured a neat mix of competitive specifications like the Snapdragon 778G, variable refresh rate, and UFS 3.1 storage, as well as good aesthetics and a great camera. The phone was also the first in the series to get rid of Vivo’s Jovi-branded bloat, leaving behind a skin that was much cleaner but still packed key customisation features.

As always, the Redmi Note series continues to maintain consistent performance and the Note 10 Pro Max offered the best that a budget phone could pack. The 108MP camera was impressive by all counts, as was the AMOLED display, and even the 5MP macro camera did a good job in proper lighting conditions. Overall, the Redmi Note 10 Pro Max remained the phone to beat in this category.

The Poco X3 Pro was the fastest phone in its segment, a title it still holds months after its launch. The phone remains the only Snapdragon 800-series device you can get your hands on under Rs 20,000 and also adds a big battery, fast charging, stereo speakers, UFS 3.1 storage, and surprisingly good thermals and gaming performance. In fact, the only con with the device is missing 5G support.

The Samsung Galaxy A22 featured a vibrant and bright AMOLED display along with a great quad-camera setup on the back. While it wasn’t the best performer with the MediaTek Helio G80 chip, the phone shined in almost all other areas, including a large 5000mAh battery, 90Hz refresh rate, and NFC support.

The base variant of the Realme X7 was for a long time, the only phone that offered 5G compatibility under Rs 20,000. It also packed a number of other competitive specifications including an AMOLED screen, dual 5G sim support, a decent battery, and fast charging. The phone even retained the 3.5mm headphone port and threw in a 64Mp primary camera to complete the package.

The Redmi Note 10S was the budget mid-range device under Rs 15,000 to beat this year. The phone brought the excellent design from the Redmi Note 10 series, along with a MediaTek Helio G95 chip, a 5000mAh battery, 33W fast charging, stereo speakers, and a 64MP quad-camera setup, features you wouldn’t find in this segment. Plus the IP53 certification and a fast and accurate fingerprint scanner completed the package, and made this a very good deal for this price point.

The Poco M3 got a lot right for a device in its segment. It also was hands down the best-looking phone in the segment with a textured back that wouldn’t let you slap on a case. This was without compromising on specifications, which included a Snapdragon 662 chipset, a 64MP rear camera, a large 6,000mAh battery, and a Full HD+ screen with Corning Gorilla Glass 3.