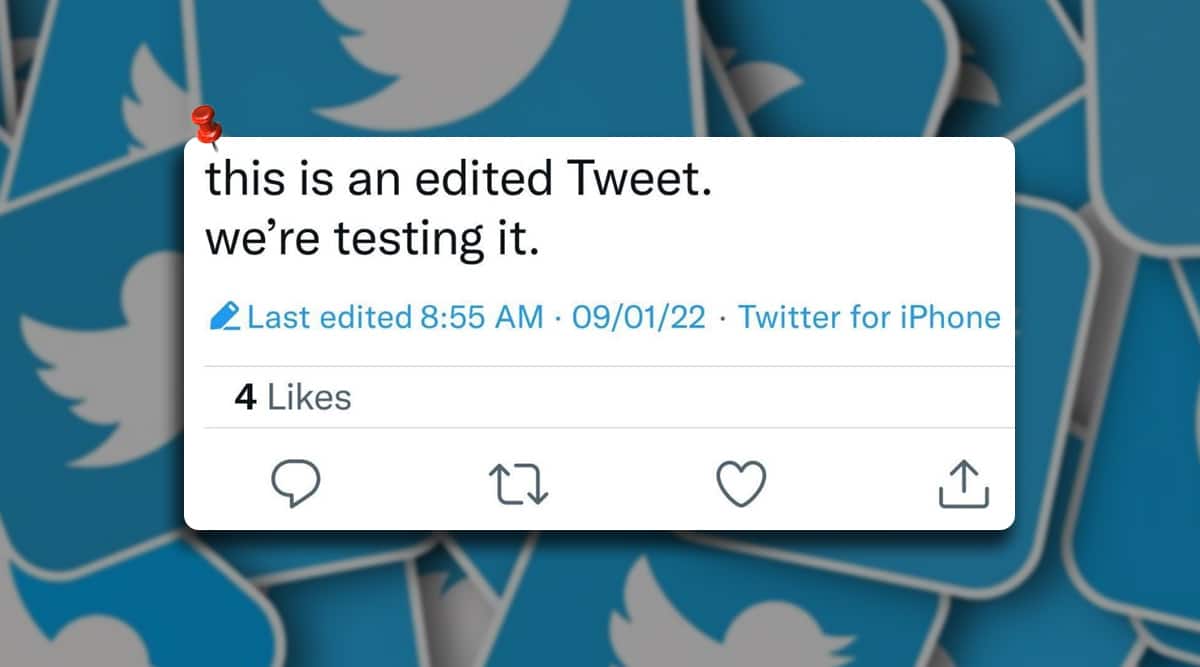 Twitter will roll out and test one of its most highly awaited features: the ability to edit one’s tweet after it has been posted. Currently, that’s not an option for users and remains in demand feature. Twitter says the feature is being tested internally and the test will be expanded to Twitter Blue subscribers in the coming weeks. Twitter Blue is the company’s paid subscription service available in select countries. It is not yet available in India.

Even on Twitter Blue, the rollout will localised to a single country at first.  The feature will only expand as the company learns and observe how people use ‘Edit Tweet’.

Twitter says it is taking a slow and cautious approach for this particular feature because it wants to identify and resolve potential issues. It also wants to get a full grasp of how people could misuse the feature before it becomes widely available. Since Twitter is a public platform, the ‘edit’ option has raised fears that it could be used to hide past trolling activities and not just the odd typo.

The company’s post further notes, “edited tweets will appear with an icon, timestamp, and label so it’s clear to readers that the original tweet has been modified.” If a user taps on the label, they will be taken to the edit history of the tweet, “which includes past versions of the Tweet for context.”

Twitter says the ‘Edit Tweet’ feature will ensure users can fix typos, missed tags, etc in their tweets. It adds that the time limit and version history play an important role to add context when it comes to edited tweets. The history will also “help protect the integrity of the conversation”, according to Twitter. The idea is also to “create a publicly accessible record of what was said,” add the company.

Twitter says it is “intentionally testing Edit Tweet with a smaller group” and the idea is to also understand “how people might misuse the feature.” Twitter Blue users will receive early access to the feature next month and the test will be localised.

“We’ll also be paying close attention to how the feature impacts the way people read, write, and engage with Tweets,” the blog post said.