If you have ever flown on an airplane and carried a smartphone or tablet, the airline’s staff must have asked you to turn your electronic devices off completely, or put them on airplane mode. Despite you wanting to upload one last selfie before the flight takes off, the flight attendant made sure to instruct passengers to switch their phones to “airplane mode.” It’s not a new practice; but what is airplane mode,  and why do airlines require it?

What is airplane mode?

Airplane mode is a setting on your smartphone, tablet and laptop that temporarily suspends radio signals, Wi-Fi and even Bluetooth. This basically means you can’t make or take calls, send text or WhatsApp messages, or browse the internet. Your phone, however, is still functioning as usual. Anything stored on your phone that doesn’t require a signal or internet will be accessible, be it music, preloaded videos, games or eBook.

How to use airplane mode?

Why is airplane mode required?

Well, it’s mostly about safety. In 1992, the Federal Aviation Administration (FAA) requested an independent industry standards organization known as RTCA (Radio Technical Commission for Aeronautics) to study the effects of electronic devices on airplanes. RTCA found no interference and consequently, FAA recommended airlines allow their passengers to use gaming devices, music players and laptops while on board. Still, for precaution’s sake, electronic devices are being advised to either turn off or be in airplane mode during landing and takeoff.

In fact, in the 90s, Boeing investigated a few cases where it found that some electronic devices lead to instrument display malfunctions and autopilot disconnects. The aircraft manufacturer was never able to prove or replicate these allegations in a laboratory test.

Why do airline staff ask you to turn off your device or put it in airplane mode?

The reason why the airline staff request to turn our electronic devices off completely, or put them on airplane mode is something to do with smartphones and other wireless devices that emit radio waves and electromagnetic interference (EMI) which can potentially interfere with an aircraft’s communication devices. This interference, in turn, could potentially block radio frequency for a second and lead to confusion between the pilots and air traffic control. Imagine when an airplane can’t communicate with air traffic control at your destination airport. Nobody wants that situation to happen even in a nightmare. No wonder airplane mode has become more important, especially with the rollout of 5G in many parts of the world. Although planes fly 40,000 feet above the ground, the signals generated from ground antennas and users’ 5G devices might cause interference during the descent and landing of the flight. 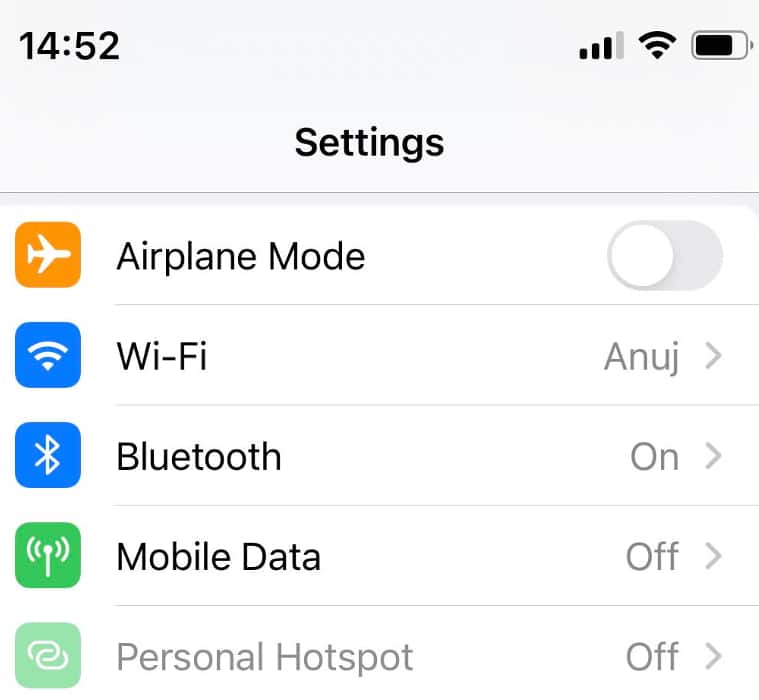 Every smartphone has a built-in airplane mode.

…but what about in-flight Wi-Fi

While you are asked to switch your phone airplane mode on a flight, we do airplanes why Wi-Fi and how does in-flight Wi-Fi work above 36,000 feet in the sky? Good question. These days a number of airlines offer in-flight Wi-Fi, which comes at an added cost (some airlines do offer free Wi-Fi as well) and one can buy it with air tickets or when boarding the aircraft.

Even though in-flight is a paid service but it doesn’t interface with the airline’s communications. Reason? Well, airplanes use Satellite-based Wi-Fi systems. Unlike ground-based connectivity, Satellite Wi-Fi takes advantage of a network of orbiting satellites to allow a connection. The satellite is basically linked to ground stations, and the airplane connects using a transceiver antenna module installed on top of the aircraft. The advantage of satellite-based connectivity is that it proves a fast network using higher bandwidth signals compared to a ground-based system.

That being said, often high latency signals get lost due to the distance from the airplane to the satellite being longer than the distance from the airplane to the ground, which translates to slower or patchy connectivity; plus, a higher cost of maintenance and implementation. But given Satellite Wi-Fi uses a narrowband frequency, it is not as fast to stream movies but should be good enough to check emails.

Is there any other use case for airplane mode?